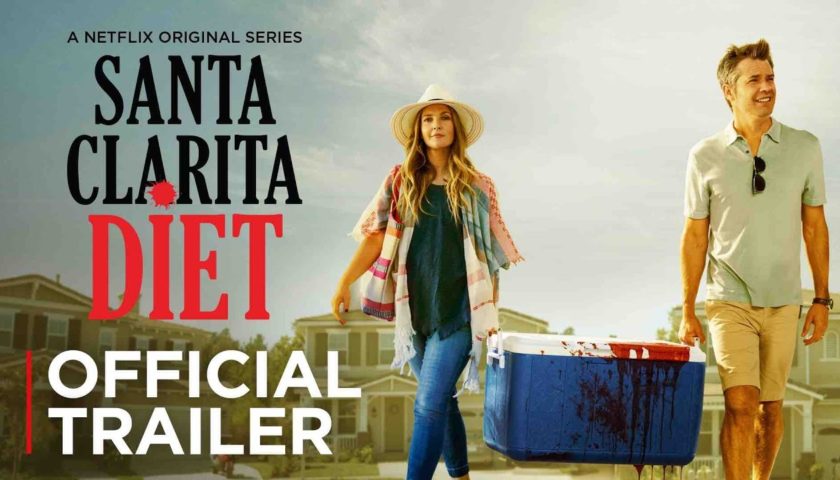 Review: Lets be honest, the first episode was a bit weak and OTT with blood and vomit. But after that the show goes from strength to strength, with an amazing performance from Timothy Olyphant.

Comedy: Some of the humour is a bit crude double entendre style, but overall its mostly a poke at these sorts of neighborhood TV shows about happy familys. The interplay between husband, wife, and daughter is brilliant and the timing and delivery is spot on. Some gross blood and guts humour but for the most part very enjoyable laugh-out-loud, we all know a person who does that, sort of humour.

Plot: As previously mentioned first episode was lacking a bit, but try at least 3 episodes. Not a huge amount of formulaic plot, but rather action comedy classic style of trying to remain hidden while loads of things go wrong. If you are looking for a clever sub-plot with many twists, not the show for you.

Characters: Olyphant delivers some seriously good comedic timing, Barrymore is outshone by him, but does work well in scenes where they are together. The daughter has some good moments, and the neighbors kid is down-right hilarious. Some of the interactions with the neighbors seems a bit forced and stale, but they serve a purpose.

Overall: Enjoyable SHORT (so nice to have a 25 minute TV show again) comedy that knows what it is and doesn’t take itself too seriously.