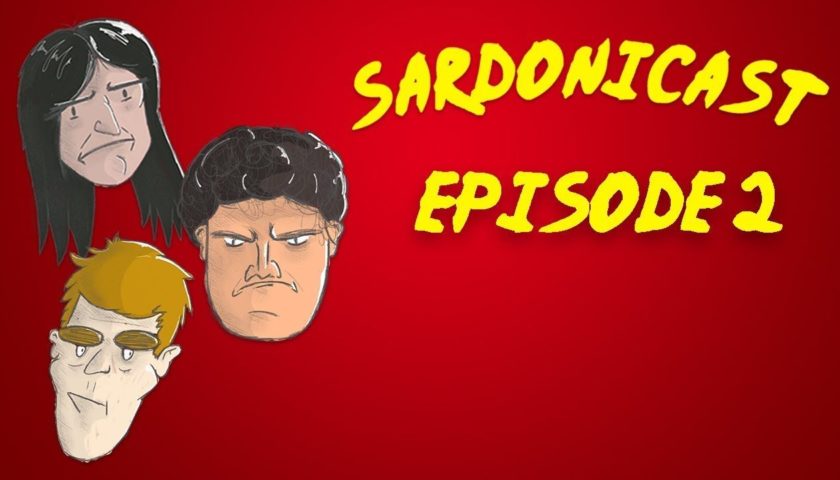 Review: The most ambitious crossover event since Infinity War, three sardonic internet reviewers join forces to create Sardonicast, a podcast all about movies. Meet Adum, the gay furry, Alex, the hater, and Ralph, the closeted filmmaker/college student by day and jenkem addict by night.Assigning a new film for everyone to watch and discuss in the next episode (each host rotates with recommendations)

Adum is the unofficial leader of the group, often driving the discussions. Ralph talks the second most since he has the most film making experience. Alex usually talks the least, mostly because he hates everything, including himself, and spends a majority of the episodes brooding and thinking about all the things he hates about his co-hosts. Alex hates numerical scores, something Adum and Ralph both use to grade movies. He also hates furries, and the fact that Adum is one sexy horsie boi just infuriates him even more. He hates superhero movies, a frequent discussion topic. He hates the English language, the very language the show is in. He hates the human race, of which Ralph, Adum, and even himself are a part of! Not to mention he hates YouTube, the very site their videos are uploaded! This palpable tension creates a sexually titillating atmosphere that really butters my croissant. 10/10 would recommend to anyone who loves sexy bois talking about movies.

This is a high quality, well thought out and just all around beautiful masterpiece of a podcast. From the running gags on each episode to the on the spot genius wit that comes from each of the three hosts, everything works together magnificently! I can’t wait for the next episode boys! Keep it up, proud of you.