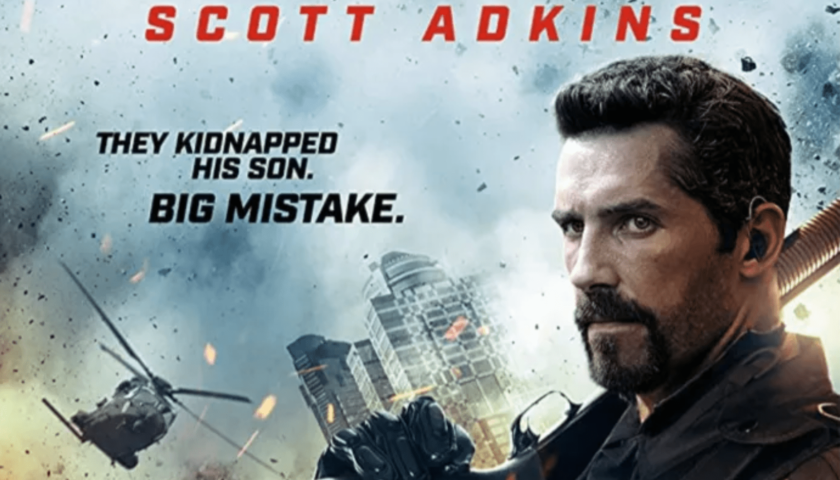 They kidnapped his son. Big mistake. Seized is a 2020 American action-thriller feature film in which a former special forces agent’s son is kidnapped and held to ransom: he must now wipe out three dangerous crime syndicates if he wants to see his son alive again.

Hiding out with his son Taylor on the Mexican coast, Nero (Scott Adkins) hopes to put his violent special forces career behind him. However, after Nero’s home is attacked and Taylor is abducted, the mysterious Mzamo (Mario Van Peebles) orders Nero to slaughter the members of three rival crime syndicates. If he fails, Taylor will die.

Now, with bullets flying and bodies dropping as Nero completes his mission, he races to find Mzamo’s hideout and seek revenge…

“Seized is a damn good movie. The camera shakes just a bit, and kids in action movies can be annoying, but Seized does so much right. I cannot help but believe it will be one of Scott’s more critically praised films. Watch with confidence.” Bulletproof Action

” …the plot is serviceable at best and it’s only an excuse to throw our main character into the action scenes and if you know who directed this already then you’re not gonna be disappointed, Isaac Florentine’s latest doesn’t outstay its welcome in the slightest, the runtime flies by so fast thanks to its relentless pacing, it knows what it is and works on its strength.” Chedly Ouni

“Seized proves that for any action movie that relies on its star’s physicality, you need a trifactor of talent to make it work – director, star, and fight choreographer/action director. Florentine seems off the boil and rusty, Adkins looks like he could do with a holiday, and Camacho’s choreography fails to get the adrenaline pumping.” City on Fire

“Certainly sturdy but also pretty uninspired by the standards of the Adkins/Florentine concern, perhaps hamstrung by an obviously thinly-stretched budget but also without much narrative momentum and missing some sincere exuberance in its violence. Van Peebles is clearly having a great time.” Matt Lynch

“Overall, Seized is a throwaway yet better-than-expected direct-to-video action-thriller that doesn’t break any new ground whatsoever but found relatively entertaining thanks to Scott Adkins and some moderately well-done stunt work.” Movieman’s Guide to the Movies

“While the film does not have the gravitas and complexity of such other Adkins films as Legacy of Lies or the Debt Collector films, it is enjoyable to watch. Adkins is a unique screen presence, who consistently provides solid screen performances and compelling action in his roles. Mario Van Peebles is fun to watch as the Cartel head.” Tai Kwon Do Life magazine

Seized is a movie Scott Adkins fans, and action movie fans in general will enjoy. It’s just very slight, both figuratively and literally, clocking in at well below ninety minutes even with credits. It also doesn’t contain anything new or innovative for Adkins. It’s simply a fun romp and I just can’t help but want more for him as a performer.” Video Culture

“Seized is, when all is said and done, still better than most DTV action films. There is plenty of competently staged action and some good performances. Especially from Van Peebles who steals much of the film. But the reuniting of Adkins and Florentine shouldn’t have been merely “better than most”. Voices from the Balcony