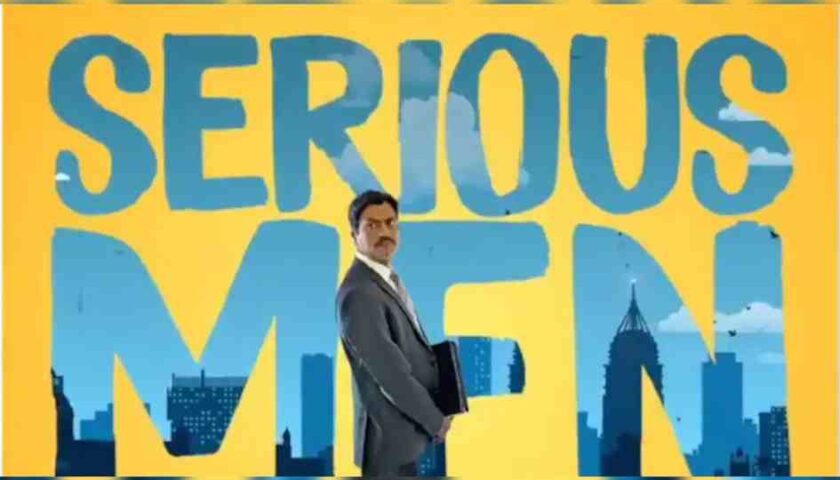 Serious men is based on the book of same name and tells the story of a over-enthusiastic office assistant, who would go the extra mile to get the respect he deserves along with is son. The movie on one side focuses on a High IQ child prodigy, who seems to blessed with natural intelligence and inquest while the other side parallels the games played by individuals from all the strata of society to get what they want. The whole premise tends to reach a boiling point when the core sub-plot unfolds sometime in the middle.

Gradually though, despite the humour in the situations portrayed, especially in the satirical take on corruption that knows no social barriers, and despite the entertaining audacity of abundant strategies, the film reveals its hollow centre, only to pick itself up in the last 20 minutes with a liberal dose of practicality.

Nawazuddin Siddiqui is at is usual best in his portrayal of a Ayyan Mani. Indira Tiwari and little Aakshath Das do their parts well. Nassar as Dr. Acharya a shrewd, no nonsense arrogant director of a government-run scientific research institute excels the most. Director Sudhir Mishra tries to put in too many punches but only a handful land on where it is intended. Adapted screenplay may not have done enough justice to a good story. Cinematography, casting, music, costumes and production design were decent. Make up was a little over done.

Overall, not a perfect movie but Serious men is funny and poignant in equal parts, it’s a mix of complexities that exist around us and the state of affairs that we live in and ignore. Watch it for Nawaz who yet again proves that he has the ability to play wide range of characters convincingly.