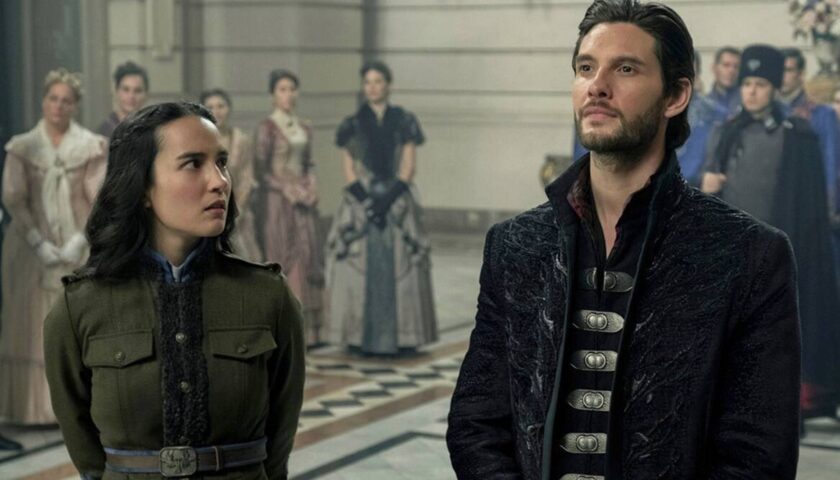 Shadow and Bone is a thrilling introduction to the writer Leigh Bardugo’s Grishaverse, and expertly juggles multiple storylines across eight tightly edited episodes.

Ever since Game of Throne sputtered to a mediocre end a couple of years ago, streaming executives everywhere have been looking for the next ‘swords and sorcery’ blockbuster. Netflix already has a winner on its hands with The Witcher, which has a second season and a prequel animated film lined up. And now it has thrown its lot with Shadow and Bone, based on American author Leigh Bardugo’s ‘Grishaverse’ novels (2012-present). Fans of George RR Martin’s work have hailed Bardugo as the next big thing, and with good reason — her books feature the expansive world-building, strength of characterisation and wry humour that got these fans hooked onto Game of Thrones in the first place.

For much of its inaugural season, Shadow and Bone is a thrilling introduction to the Grishaverse, mixing the main plot of the first novel of the original Grisha trilogy (also called Shadow and Bone) with the related ‘Six of Crows’ duology. The narrative is set in a war-torn land called Ravka, which resembles Russia, which is perpetually in conflict with its neighbouring kingdoms Shu Han to the south (resembling China) and Fjerda to the north. To fight these never-ending wars Ravka uses a supernaturally gifted section of its populace, called the ‘grisha’, led by their enigmatic and iron-willed General Aleksandr Kirrigan/The Darkling (Ben Barnes), who has the rare and deadly ability to summon darkness at will (if you think light sabers are cool, you’re gonna love what Kirrigan does with his ‘darkness blade’).

The grisha are not trusted or liked by the rest of the Ravkan population, on either side of the ‘Fold’ or the ‘Unsea’, a magical barrier of darkness (populated by flying monsters called the Volcra) that splits the kingdom into two. Which is why when Alina Starkov (Jessie Mei Li) discovers that she is the prophesied ‘Sun Summoner’, a grisha with the ability to summon light at will (and thereby destroy the Fold forever), she isn’t exactly thrilled with the turn of events. She wants to be reunited with her childhood best friend Mal Oretsev (Archie Renaux), a kid-hearted soldier by day and underground prizefighter by night. Kirrigan clearly has big plans for Alina, but so do ‘The Dregs’, a criminal trio tasked with kidnapping Alina and whisking her out of Kirrigan’s palace. And oblivious of the action going on near the palace, a grisha named Nina (Danielle Galligan) and a Fjerdan witch-hunter called Matthias (Callahan Skogman) are falling for each other despite being sworn enemies….

If all of this feels like a lot, it is. But Shadow and Bone, created by Bird Box writer Eric Heisserer, expertly juggles these multiple storylines across eight tightly edited episodes. The frequent changes in tone and tenor mean that all of these episodes have an ‘allsorts’ quality to them. Each has its allocated share of pathos, mystery, comedy and yes, action, either magical or more conventionally combat-based. This slow-burning, meticulous, on-multiple-fronts approach to world-building takes some time to warm up to, but pays rich dividends by the end of the season.

Most of the characters on display are complex and fascinating. Kirrigan or The Darkling is my favourite, as the morally ambiguous heart of the story; Barnes (Prince Caspian in the Narnia films and Billy Russo/Jigsaw in The Punisher) turns in an exceptional performance. The penultimate episode, where we see his origin story, is a brilliantly written, superbly acted piece of television. Mal shrugs off the square-jawed action hero stereotype to channelize real vulnerability as the orphan who learned to fight his bullies. The three principal Dregs, Kaz (Freddy Carter), Inej (Amita Suman) and Jasper (Kit Young) are all positively delightful and share great chemistry. Kit Young, who plays Jasper, is in fact the scene-stealing performer for me — a young, queer, arrogant sharpshooter who gets the best one-liners, the worst work ethic and the most fun any character has, easily (this is, after all, a dystopian show).

The show is also politically smart—again and again, it pushes characters with contrasting belief systems into situations of mortal peril and forces them to confront the limits of their belief. This is observed in a first-degree way with Nina and Matthias’ budding romance, but there are other, subtler instances too. Like when we find out how the Darkling became who he is as a response to straight-up genocide. Or Mal being suddenly suspicious of Alina, his childhood best friend, now that he knows she’s a grisha (“grisha women still scare me”).

If the show has any real weakness, it’s the way Alina has been written. She is technically the protagonist, although the screentime has been divided pretty evenly. Mei Li’s sincere performance is undercut by the show’s reluctance to break her out of the typical YA heroine mode. She saw her parents being engulfed by the Fold, so why isn’t she more excited by the prospect of destroying it? She learns to understand the true extents of her power, to own it, so why does she still regress to schoolgirl mode whenever the question of Mal comes up? These are narrative lacunae that the show will, hopefully, resolve in the next season.