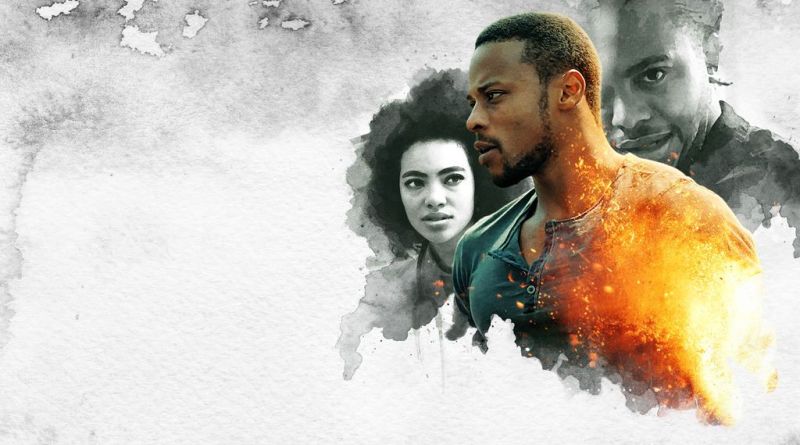 Review: When it comes to superhero TV, there really isn’t a more difficult market to break into out there. Between the X-Men universe, DC Comics and Marvel, Netflix Original Shadow doesn’t have a whole lot of wiggle room available to carve itself a slice of the pie. Having said that, the distinct South African feel and episodic format work well alongside some well written characters making this a good, albeit well rehearsed, superhero series.

Shadow wastes no time getting right to the heart of its drama. Haunted by a tragic loss in his past, an ex-cop is struck by lightning and inexplicably given the rare ability of not feeling pain afterwards. At least not physically anyway. Alongside best friend Max, Shadow uses his powers for good, tracking down various crime bosses that have eluded the police, helping his close friends and family, as well as those asking for his help to make the city a safer place. It’s a well rehearsed routine but despite this there is at least an attempt to inject some originality within the individual episodes. Whether it be a deadly game broadcast over the internet, a sex trafficking ring or a killer intent on turning his victims into snow globes, there’s a level of unpredictability here that helps drive the series forward.

Most of the episodes act as stand-alone cases too and are, more often than not, wrapped up at the end. There are exceptions though and some episodes do have a few issues spilling over into subsequent ones too. Early on it appears like the main threat of the season is a man named Ivan Marx but after the third episode, this changes to a much more rigid format of stand alone episodes. It’s not until the penultimate episode that we look much more closely at Shadow’s past, which comes back to the forefront of affairs, through a long-standing vendetta against a man named Cyrus.

The sun soaked African locations really help the show feel a bit different from the normal American vistas that dominate this genre. It’s great to see this beautiful continent getting some much deserved air time too and some of the establishing shots do a great job visualizing just how stunning South Africa is. Much like other Netflix shows of this caliber, there’s a distinct slickness to a lot of the camera work and there’s no denying that the show has some really nice shots throughout.

The chemistry between Shadow and Max works really well here too and there are some genuinely amusing exchanges between them. Rounding out this duo are a host of other colourful personalities that have their own back stories explored here. There are some obvious clichés throughout the group and Shadow’s troubled past is something that’s been done so many times in superhero shows it’s almost become routine to expect this. Some of the villains feel a little archetypal as well but the cast do their best with the scripts they’re given.

It’s not perfect and at times Shadow does pale in comparison to other superhero offerings. The unique African location does help this one stand out a little and it’s certainly easy on the eye too. While it’s a far cry from something like Daredevil’s first season, Shadow offers just enough to make it an entertaining watch, with a satisfying ending that ties everything up with a neat little bow. There’s no surprises here though and this is really a case of what you see is what you get. Thankfully, Shadow makes for an entertaining watch nonetheless, despite the obviousness of its story and pacing.