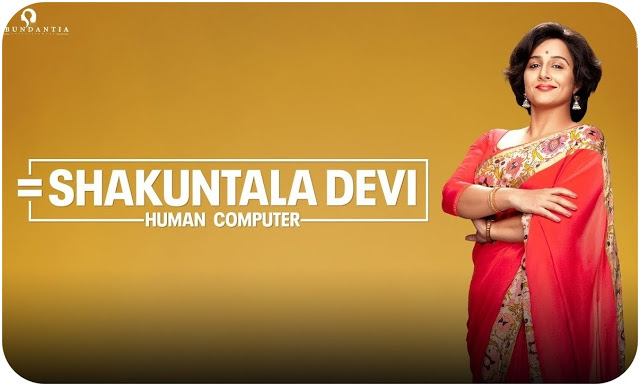 Vidya Balan’s Shakuntala Devi wil lsoon be releasing on Amazon Prime and the buzz around the film is quite high. The trailer has been widely appreciated as has the first son, Pass Nahi Toh Fail Nahi. In short, the movie has made all the right noises in the lead up to its release, and the icing on the cake, is obviously, Vidya, who always nails every character she portrays beside usually having the knack of picking good projects that both entertain as well as leave an indelible mark on the audience. Also Read – Pass Nahi Toh Fail Nahi song: Vidya Balan shows how to be motivated during exams in Shakuntala Devi’s first track

Popularly known as the “Human-Computer”, Shakuntala Devi was an exceptionally talented woman who made it to the 1982 edition of The Guinness Book Of World Records for 13-digit multiplication in 28 seconds. There is a lot more to her achievements than what meets the eye. In this Anu-Menon directed biopic which is scheduled to be out on Amazon Prime Video on July 31, Vidya Balan not only plays the designative role of a renowned math wizard but also of an independent woman and a unique mother showcasing all her virtues and foibles.

The movie revolves around the personal and professional life of Shakuntala Devi, the math genius who not only excelled in her quantitative aptitude but also was a prolific writer. It will also see other stars like Sanya Malhotra, Amit Sadh and Jisshu Sengupta in supporting roles. The official trailer which was dropped on YouTube earlier this month opens up to Vidya who introduces the viewers to her best friend ‘math’ using her high jinks; it has no rules, only magic, she says. It then shows a glimpse of Vidya expressing her desire to attend school to which her father replies, “What will the school teach you, instead, you will end up teaching the school.” The three-minute-long trailer which has been doing rounds on the internet then proceeds to show her journey from India to London, reaching the pinnacle of success by paving her way to the Guinness Book Of World Records. Nevertheless, it also throws light on her struggles to balance her family, particularly her daughter and the growing fame. One gets to see an added element of drama when the daughter, played by Sanya Malhotra asks Vidya “Why can’t you be normal like other moms?” to which she replies “Why should I be normal when I can be amazing?”

The movie is also anticipated to thrive on women power and one simply can’t wait for its magic to reflect on-screen. Talking about working on this project, that will soon release on Prime Video on July 31, Vidya Balan said in a statement: “Stepping into the world of Shakuntala Devi was as intimidating as it was exhilarating. Her story is inspirational and makes you see how if we believe in ourselves, the world is our oyster,” reported PTI.