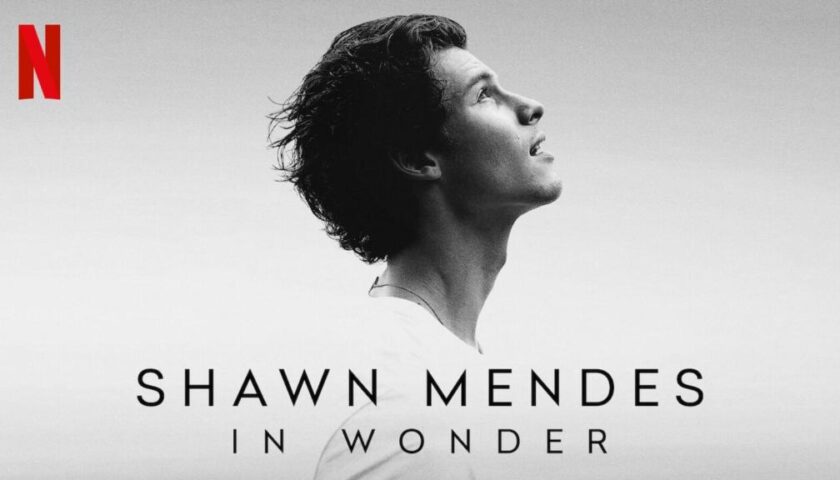 Shawn Mendes, the 22-year-old Canadian folk-pop singer with the velour trill, is a bard of puppy love. Throughout his prolific oeuvre — three studio albums since 2015 — the male ingénue guilelessly croons about budding romance and sweeping passion and blossoming youth like a modern-day Romeo hopping from muse to muse. “I can’t write one song that’s not about you!” he serenades in “If I Can’t Have You,” his infectiously percussive 2019 single. “Can’t drink without thinkin’ about you! Is it too late to tell you that everything means nothing if I can’t have you?” His songs are as peppy and mellifluous as his persona is honeyed and nonthreatening.

Wunderkind Mendes rose to prominence in the post-Bieber era of democratized stardom, acquiring a dedicated fan base of predominantly young girls in his early teen years after posting his musical self-recordings on Vine. (A lifetime ago for the youthful singer was only just 2013 for the rest of us hoary crones.) Since then, he’s evolved his soulful teeny-bopper brand, sprouting from a swoopy-haired boy with a guitar and a falsetto into a savvy young man who will happily allow a camera crew to record him being “contemplative” in the shower, bare pecs and all.

The Netflix documentary Shawn Mendes: In Wonder glided over me like a lilac cloud and when it was done, I wasn’t sure I had watched anything at all. Neither a rousing concert film nor a juicy “insider’s peek” chronicle of fame, In Wonder may be best described as pillow-soft agitprop, an extended commercial inculcating you into the Mendesverse ahead of his new album set to drop next month. (Both Mendes and his manager Andrew Gertler are listed as executive producers in the credits, which tells you more about the film’s intent than any single scene.)

Lacking focus, tension or narrative, In Wonder follows Mendes via introspective voiceover and trifling behind-the-scenes footage as he zooms through world tours and Toronto homecomings. I’m not even sure the audience ever gets to hear one of his songs in full here. Instead, we’re peppered with brief snippets of Mendes rehearsing or developing a new tune or duetting with pop-star girlfriend Camila Cabello in a venue bathroom. Mendes is winsome. This film is stultifying.

Over the course of 80 minutes, director Grant Singer immerses the viewer into Mendes’ day-to-day life: his jet-setting, a vocal injury, the songwriting process, his desperation to grasp even an ounce of normalcy in his high-profile relationship. Mendes remains humble and pensive as he repeatedly recounts his gratitude for the charmed life he leads and the charmed fans he captivates. But this salt-of-the-earth bonhomie soon begins to feel facile as we’re seemingly barred from seeing any part of him that isn’t hopelessly endearing. In other words, he comes off as humane but never fully human.

We witness as a driving Mendes, paused at a stoplight, immediately brightens for a middle-aged man in the next car who weaponizes his smartphone the minute he spies his daughter’s favorite singer. With the placidity of a saint, Mendes embraces the gawking, beaming for the man’s lens and offering tender tidings to the unseen young fan who will no doubt eventually watch her father’s video and utterly lose her shit.

Later, when we see Mendes literally frolic through a field in his beloved Ontario suburb, marveling at the awe of a violet sunset and his own nostalgia for an idyllic pre-fame childhood, I couldn’t help but feel the sting of editorial manipulation. No one can be this bright-eyed and bushy-tailed all the time, can they?

Although the film refrains from explicit religiosity, In Wonder carries the floaty, feel-good harmoniousness of a faith-based flick. Mendes comes off as an upbeat youth pastor continuously imploring his flock to follow their dreams. He welcomes his professional success as destiny, describing his own ambition with numinous certainty. “People are like, ‘What would you be doing if this didn’t happen?'” he narrates over footage of him on stage, wooing a stadium. “I feel puzzled by that question, because I feel like this is what I was gonna do.”

Director Singer is a veteran of music videos, and this stylistic training shows here, as the frame fuzzily bops from tableau to tableau and moment to moment with restricted attention to concrete storytelling. Singer hopes to offer the history of Mendes’ career,  maturation and emotional journey through memory and imagery instead of hard fact, which renders the film feathery and dull. If anything, I wanted less self-discovery and more straight-up musical performance.

If you only have cursory familiarity with Mendes’ discography, In Wonder does the bare minimum to entice you into exploring more for yourself. Even worse, it elucidates hardly anything tangible about his real life at all.