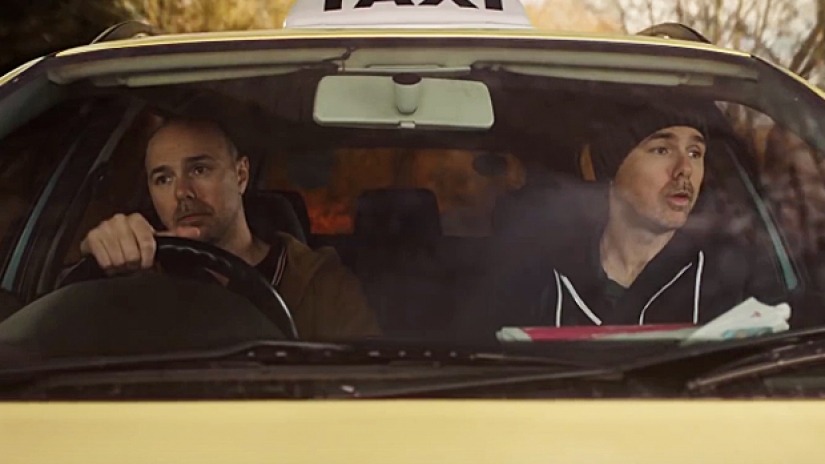 Review: Sick Of It is primarily a comedy series, and the Alanis Morrissette-like sight of Pilkington driving a car and jamming out to music while his doppelganger rides shotgun seems designed to encapsulate the tone of this series.

While the milquetoast persona of Karl Pilkington may be best known as the butt of Ricky Gervais’s japes, the man is about to make a different kind of comedic statement on his own as the star, writer and executive producer of the scripted comedy series, Sick Of It.

However, don’t expect Sick Of It to be the platform on which Pilkington showcases Daniel-Day-Lewis-like range, since he’s essentially playing a version of himself… twice over. Indeed, the Sky One-bound series will see Pilkington as a reclusive paranoid middle-aged man, yielding the twist of having two Karls for the price of one, since we see both him and the manifestation of his restless inner-voice. Thus, Sick Of It distinguishes itself by being centred on the star’s chemistry with himself.

Pilkington last fielded a scripted role on Derek, on which he also served as a writer and executive producer. He is joined on Sick Of It by co-star Sondra James.Richard Yee, who directed Pilkington on An Idiot Abroad is serving as director, but an air date hasn’t been revealed yet by Sky One.