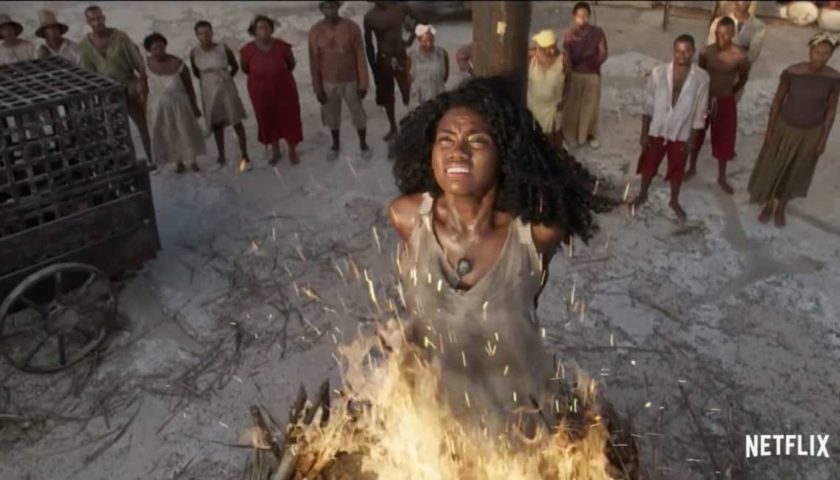 Review:  Netflix recently announced its new slate of original content that’s due to come out of Colombia and the one that we’re most intrigued about is the fantasy young adult drama, Siempre Bruja (Always a Witch).

“After a witch time travels to avoid being burned at the stake, she must adjust to life in present day Cartagena. But once a witch, always a witch,” the brief synopsis states.

In the brief teaser, we’re introduced to Carmen, a young black bruja who gets burned alive at the stake in 1646 Cartagena, Colombia for being in love. Remezcla adds that a man is stating why women are feared—”because they tempt, because they seduce, because they think,” he says in Spanish.

The clips cuts from hearing Carmen’s screams to her emerging as her ageless self from the ocean in 2019, where she adjusts to the modern world and where her story continues.

Siempre Bruja is inspired by the novel Yo, Bruja written by Isidora Chacon, Netflix says in a statement. Production began in summer 2018 by Caracol Television with Dago Garcia as its executive producer. The series’ directors are Liliana Bocanegra and Mateo Stivelberg and stars Angely Gaviria, telenovela star Verónica Orózco and Youtuber Dylan Fuentes.

“…Siempre Bruja is not only a magnetic young adult story that audiences will love, but also holds a powerful message of empowerment that will connect deeply with members both in Colombia and globally,” Erik Barmack, vice president of International Originals, continues in the statement.The series is set to have 10, 1-hour episodes and is due to drop on Netflix in 2019.

Watch the teaser below.