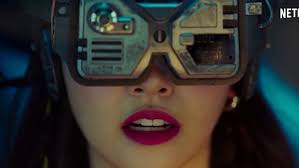 Let me start by saying that it’s my initial review and ratings on the show. I will update the review in the middle and after the show ends, provided that I have internet and the world isn’t in complete ruins by then. So many shows have had good start, but didn’t do well in the end. Let’s hope that’s not the case for this one.

1. Cast – GREAT. The two leads, are wonderful. But I just want to point out how great of an actor Jo Seung Woo (Lead of the Great show “Stranger”) is. He is an amazing actor. Now as for as Park Shin Hye goes, her recent dramas have anything but disappointments. I like her, her acting is obviously very good. However, unless I am a serious Fanboy/Fangirl of her with an absolutely unrealistic sense of fandom, no way can I ever support her choice of the recent dramas she have a part of, UNTIL, Sisyphus. I really love her character, I think this kind of character suits her a lot more than a damsel in distress. More importantly, this show has the capacity to captivate the audience, and have way more potential for her to really ACT the hell out. The support characters are also very good, they have chosen a very good cast in my opinion.

2. INTRIGUING story-line. They writers did a good job of keeping the Suspense. Although, I have some idea as to where the show is heading, the writers can easily divert the storyline as the show progresses, because, it has kept different paths open. The storyline has the potential to surprise everyone, if the writers keep doing their job right. The story progression is sometimes Fast paced, sometimes Slower. Which is good in my opinion. It’s not one dimensional. There are some “Over the top’ elements in the show, but, you can’t really tell me many decent sci-fi Hollywood shows where those elements are not present. Overall, the show can be very addictive, you would want to watch all of it in one day, if you start watching it after the show had already ended.

3. Action Scenes- Pretty Decent. Now, Even though I liked it, some may find action scenes like these unpleasant, where the camera is constantly moving to give a rather intense feel of the scenes and intensify the impact of the moves, like Kicks, Punches, Jumps etc. I have seen people feel some sort of motion sickness while watching camera moving constantly, where the audiences have to strain their eyes in order to keep track of the Hero/Heroine’s movements. Personally, I liked it, However, I hope they don’t make every action scenes like that.

4. Music- Decent. However, I don’t think for this type of shows, music should anyway affect the ratings. I gave it an 8 cause I think the music quality is more than enough. But, don’t expect the music to be like that of “Goblin” or “Descendants of the Sun”. It’s not that type of a drama.

That’s as much I had to say about the start of this drama. Let’s see how it goes.