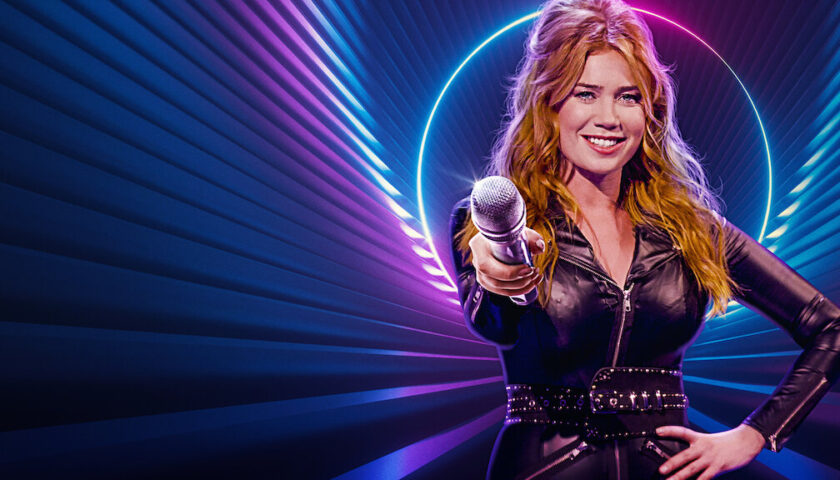 Sing On! Germany is streaming now on Netflix and it has the same format as the other karaoke game show. Last month Sing On! Spain too was released which is all about having fun and, of course, singing karaoke. Singing and getting the vocals right is the deal in the show, all you gotta do is sing and sing right! The format is the same for Sing On! Germany with obviously a different set of contestants and a humorous host to make the whole experience fun.

Personally, Sing on! Germany is not a favourite of mine because the whole idea of the show seems pretty pointless and flavourless to me. I mean, I do get it that you would want to swing a little with a beer in your hand and watching a karaoke show but would you spend hours watching various episodes of the show? I think not! However, this is a safe TV show because you get what you sign up for. Pure karaoke and some fun that comes with it.

For those of you who are new to the whole game format and the show itself, it is fairly simple with some basic rules. Sing the song well and obviously do not mess up the lyrics. Once you meet both the criteria of getting to the next round, some other contestant is eliminated on the basis of not getting the song, tune, vocals and lyrics right. Simple eh?

We do get it that this is a game show, there’s money involved but this is rarely how karaoke nights are though. We are probably drunk, screaming our vocal cords out and just having fun with the song but this show makes it a lot less fun because you have to be accurate.

I also feel that perhaps because of this whole get-your-lyrics-correct situation in the game, you might be drawn towards the idea of continuing watching it

The format is exactly the same, with the prize money increasing per round. The contestant that hits the vocals the best in each round automatically goes through while the rest vote for who should be eliminated. This is how the whole cash price determination works throughout the show.