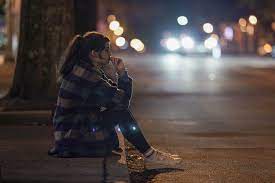 “It’s hard to be a person,” sighs Carol (Ally Sheedy) in the series premiere of Single Drunk Female. She just wants to rebuild her life after losing her husband to leukemia. But now her 28-year-old daughter, Samantha (Sofia Black-D’Elia), has moved back home after a booze-fueled meltdown. Sure, getting sober is hard, but so is getting through the day. As Carol notes drily, “The rest of us have been doing the best we can the whole time you were drinking.”

That “you think you’ve got problems?” energy is at the heart of Single Drunk Female‘s appeal. Though it’s told through the lens of addiction, the new Freeform series from creator Simone Finch is an amiable comedy about the universal challenges of being, as one character puts it, “an adult in the world.”

After drunkenly assaulting her boss (Jon Glaser) and completing a stint in rehab, Sam Fink finds herself unemployed, on probation, and back in her childhood bedroom in Malden, Massachusetts. The city is full of triggers: Sam’s former best friend Brit (Sasha Compère) is marrying her ex-boyfriend Joel (Charlie Hall); her fun-loving pal Felicia (the delightful Lily Mae Harrington) is eager to head back to their favorite watering hole; and her mom just started dating Bob (Ian Gomez), a chipper guy from book club. When she’s not arguing with her compassionately rigid sponsor Olivia (Rebecca Henderson), Sam seeks one-day-at-a-time life hacks from fellow addicts James (Garrick Bernard), her off-limits AA crush, and Mindy (Jojo Brown), who hires her to bag groceries at the local supermarket.

Of course, the threat of relapse looms, but Single Drunk Female (premiering Jan. 20) is focused on the existential questions of recovery. Sam’s biggest hurdles are figuring out who she is without alcohol, while relearning how to be a writer, a daughter, a friend. Despite the title, this is an ensemble comedy by design; as Sam emerges from the narcissistic haze of her alcoholism, she comes to the humbling realization that the people in her orbit have lives and problems of their own. Brit blames her ambivalence about wedding planning on her medical residency rather than facing her doubts. Olivia and her eccentric wife, Stephanie (Madeline Wise), are trying to have a baby, while Carol oscillates between guilt over her strained relationship with Sam and resentment over Sam’s disruption to her life.

As Sam, Black-D’Elia ably manages the show’s balance of sitcom brightness and occasional emotional depth. And wow, is Sheedy good as Carol. Sam’s mother is a woman who copes with life’s disappointments by lobbing passive-aggressive observations from behind her severe glasses, taut smile, and ever-present glass of wine. What’s going on between Carol and Sam could support its own series, but the first season leaves their fraught history largely unexplored.

There’s a hint of slightness to Single Drunk Female which may be due to the limitations of the show’s ad-supported format. In a perfect/streaming world, the half-hour episodes would have a bit more time to breathe — say, 30 actual minutes rather than the basic cable standard of 22-plus-commercials. But there’s enough fizzy fun here to make SDF worth sampling, and I wouldn’t say no to a second round.