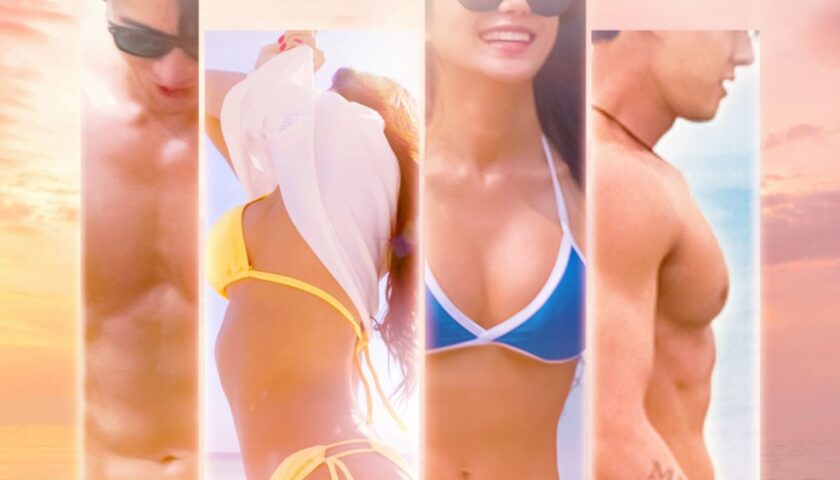 In the new reality dating series Single’s Inferno, nine singles — 5 men, 4 women — are sent to an island nicknamed “Inferno”, where the temperature is 35 degrees Celsius, the accommodations are a step up from camping (more on this later), bathrooms are squatters, and the singles have to cook and draw water on their own. They’re there for nine days, all trying to find someone to date long-term. The contestants can’t tell each other how old they are or what they do for a living.

At the end of each day, each contestant receives “postcards” in a mailbox; if they choose to pair up with one of the senders (if they get a postcard), the couple is sent to a luxury resort on an island nicknamed “Paradise.” There, the daters can open up about their ages and professions, and they get a romantically-charged night in a luxury suite, before going back to “Inferno”.

In the first episode, the nine singles, all of whom are young and seem to list working out as one of their biggest hobbies, enter and awkwardly sit on a couch on the beach. Everyone is checking each other out, and the show’s four observers (Lee Da-hee, Kyu-hyun Cho, Jin Kyeong Hong, Jung Han-hae) sit in a bar-like studio and try to figure out who likes whom.

They break off in threes to explore the island to see where everything is in relation to each other. Then later, they go to the “cafeteria” to make dinner. There, some people sit back and others participate and work hard. From there, the postcards are dropped. Who will get to escape the inferno after the first night?

In reality, the only thing rough about the “Inferno” island is that it’s hot and there’s no air conditioning. It’s not like they have to create shelters for themselves — both the men’s and women’s tents look more like a “glamping” set up than anything else. The cafeteria looks like a farm-to-table restaurant and has all the tools needed to make a decent meal from the food provided.

So these young millennials or old zoomers, most who are used to a life full of eating out and/or delivery, just think that the island is a rough place, especially if they’re given the carrot of spending a night at a luxury resort. That aspect is what makes Single’s Inferno a little bit different than other dating shows. Will people connect just to get a break from the Inferno island, or will there be actual feelings there?

But the complicated setup doesn’t distract from the fact that this is generally a show where viewers can gawk at the handsome men with eight-packs and the pretty women sunning themselves in bikinis. It may be a bit more chaste than similar reality shows here and in places like Europe and South America, but what’s entertaining is the same: Hot people hooking up, even if here “hooking up” is just some light snogging.

Let’s hope the producers pick up the pace in future episodes. The intros to all nine contestants dragged out for what seemed like forever, and the interactions of the groups of three got short shrift. The producers also went to the observers a lot, which was a sign of not a lot of dramatic movement on the first day. But it’ll be interested if things will pick up as the relationships get established.