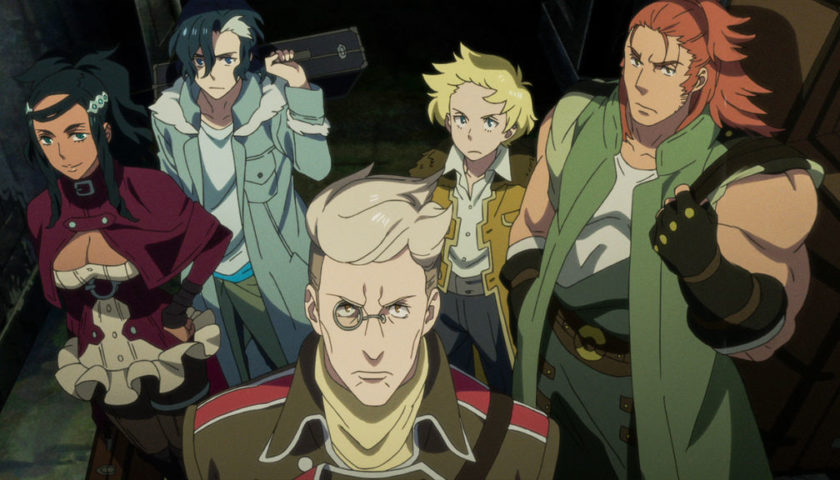 Review:Ever since the late 17th Century, vampires have been a mainstay in horror fiction. While people are likely to remember Bram Stoker’s Dracula as the first popularization of the fictional figure, it was actually 80 years prior where the blood-sucking fiend appeared in modern fiction, in a book called “The Vampyre”. Since then we’ve had multiple films, TV shows, books and animations featuring vampires, including the wildly popular Castlevania which dropped earlier this year. The latest in this storied history of vampire fiction comes from Netflix’s latest anime offering, Sirius The Jaeger.

Given the mountain to climb before it’s even started, Sirius The Jaeger does a surprisingly good job standing out among others in this genre. The plot begins simply enough, with a set of skirmishes between vampires and the jaeger, a group of self-proclaimed vampire hunters. At the heart of this conflict is wildcard Yuliy, a young man who happens to possess mysterious powers akin to that of a werewolf. It soon becomes apparent that he holds the key to a mysterious artifact the vampires are tirelessly hunting, The Ark Of Sirius. What follows is a race against time as Yuliy sets out to stop the vampires, resolve a personal vendetta with his brother and save the world.

Admittedly, the story is a little formulaic, especially late on as the narrative solely focuses on Yuliy’s quest to save the world rather than the subplots of his fellow human compatriots. This predictably runs into a climactic fight to save the world during the penultimate episode, spilling across to the season finale. Before we reach that point, we learn a good deal about Yuliy via various flashbacks dotted through the episodes. These do a great job showing what his motivations are for working with the Jaegers and just why he hates the vampires so much.

The beating heart of the show though comes from the growing conflict between Yuliy and his brother. An early flashback reveals a cruel fate that befalls his older brother and throughout the 12 episodes we see this conflict reach boiling point before inevitably erupting into a flurry of swords, multiple times. All of this back-and-forth builds toward the finale where a resolution is finally reached in the most satisfying way possible. Of course, I won’t spoil this here but suffice to say it’s a great way to round out the character arcs and makes the journey very satisfying indeed.

Speaking of fighting, along with the excellent animation and art work seen throughout the series, it’s worth pointing out the soundtrack which is fantastic throughout. Pumping electronica kicks in during tense fights with early skirmishes featuring an abundance of fast tempoed violin segments. There are hints of The Witcher 3’s soundtrack here and it really helps the show stand out. All of this is harmonized with solemn, melancholy piano tracks that play during some of the more intimate and slower segments. It’s actually really impressive how well this seamlessly weaves into the story. Given the 1930s setting, the electronic tracks juxtapose surprisingly well.

Sirius The Jaeger may not be the best vampire story ever written. Nor is it particularly original with the execution of its world-ending plot. Where Sirius stands out however is with the polished and refined way it presents this in anime format. The animation is well rendered, with the various hand-drawn backdrops working well with detailed character models, making this a very good-looking animation. On top of this, themes around acceptance, inner strength and family play heavily over large parts of the narrative. Sirius The Jaegar may not be the most original vampire story but it is a lot of fun and the impressive aesthetic should be enough to keep you watching through to its satisfying, and somewhat open, conclusion.