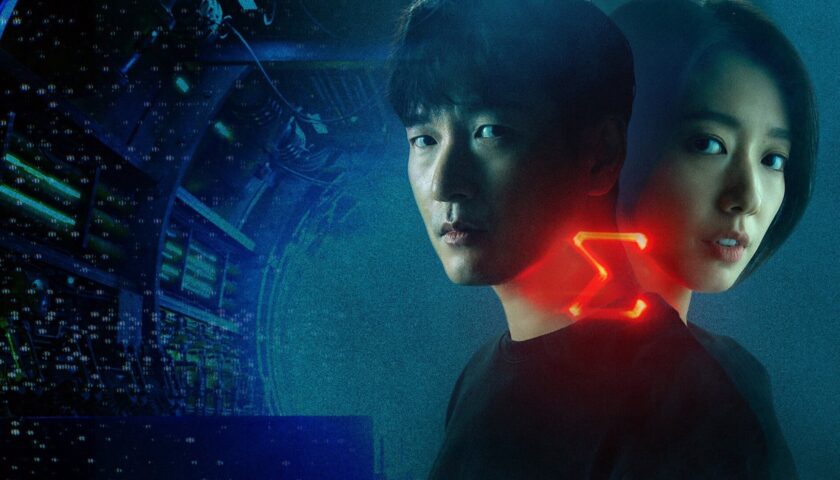 Han Tae Sul, a co-founder of Quantum and Time, is a genius engineer with the highest level of coding skills and outstanding looks that outweighs his engineer fashion sense. Due to his innovative achievements, Quantum and Time is a world-class company, dubbed as “The Miracle of South Korea’s Engineering Industry”. In reality, Tae Sul has caused his company’s stocks to constantly fluctuate after the death of his brother ten years ago. One day, after witnessing the unbelievable truth of his brother’s death, he sets off on a dangerous journey.

Kang Seo Hae is a soldier who could zipline from building to building, fight big built men with her bare hands, shoot guns, and install explosives. With the survival skills that she’s learned from living amongst gangsters and warlords, she sets off a dangerous path of finding Han Tae Sul.

Sisyphus The Myth explodes into action with an absolutely thrilling opening episode. There’s a lot of mystery and intrigue with this one, combining a whole medley of different sci-fi and thriller elements together into one impressive entry in the sci-fi field.

In a way, this show feels quite reminiscent to tvN’s superhero action flick LU.C.A.: The Beginning, although this one has much more mystery and feels a lot bigger in terms of its conspiracy and scope.

The introduction to both main characters is solid too, with Seo-Hae breaking typecast to produce a strong female assassin while rich extraordinaire Tae-Sul has a pretty tragic backstory to balance out his brilliance. I can’t comment on the science behind using duct tape to close up a hole in the cockpit but this entire sequence on the plane is undoubtedly brimming with tension.

The ending leaves the door wide open for the rest of the show too. Given the excitement surrounding this project, so far Sisyphus seems to be living up to expectations but whether JTBC’s latest project can keep that going throughout its 16 episodes remains to be seen.