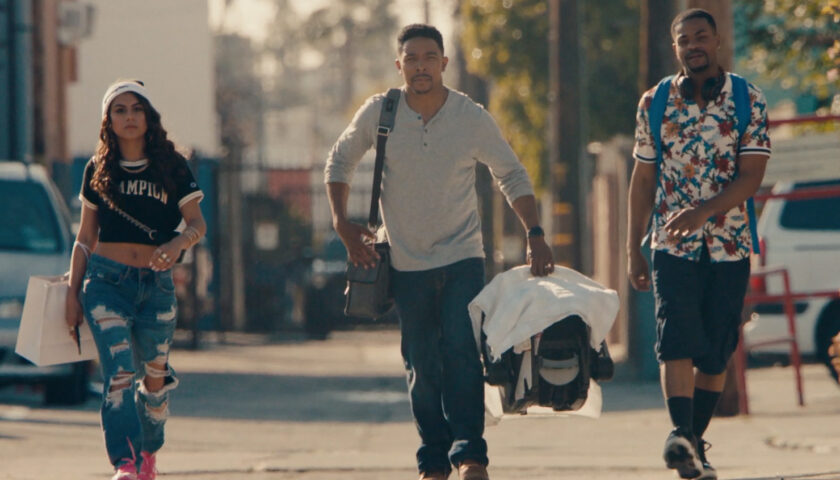 The series focuses on ex-sneakerhead Devin, played by Maldonado, a stay-at-home father who’s lured back into the game and is almost immediately placed $5,000 in the hole after an old friend—Bobby (played by Andrew Bachelor a.k.a. King Bach)—pulls a get-rich-quick scheme.

“Sneakerheads is a fun and adventurous take on the world of sneakers from the scope of an ex-sneakerhead, who ‘relapses,'” Maldonado says of the new Complex original. “This is for sneakerheads worldwide, we putting on for you.”

Now thousands down after this “relapse,” Sneakerheads sees Devin put together a group of fellow footwear enthusiasts to traverse the world in search of the ever-elusive Zeroes, a “holy grail” of sorts for collectors.

In a statement, Longino said the series—directed by prolific music video auteur Dave Meyers—marked a unique and rare opportunity for him to bring to life one of his passion projects.

“The show may be called Sneakerheads but you don’t have to be a collector or even know anything about shoes to relate to what it’s really about,” Longino said. “Things like friendship, family and pursuit of a passion are themes that resonate with everyone. When I was a kid growing up in Atlanta, MJ gave me a pair of his game-worn White Cement 4s after he dropped 48 in them against the Hawks. A few years later, my mom accidentally sold them in a garage sale. I obviously didn’t know it at the time, but that moment was the seed that ultimately grew into Sneakerheads.”