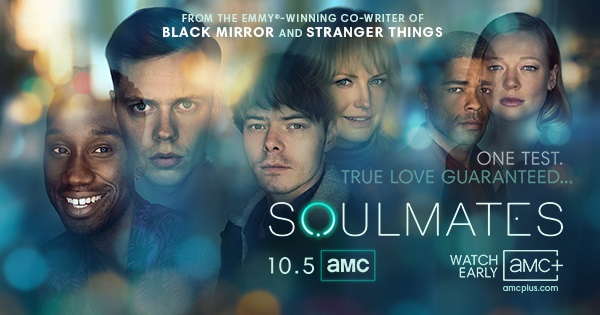 Additionally there is uninspiring acting, an amateur behind the camera (a five year old would certainly do a better job swinging and bouncing the camera around), grainy images and absolutely zero sci-fy.

For instance, since this is supposed to be in 2035, there is not one car that isn’t at least 15 years old to be seen anywhere, they did put up some fake HUD displays in those old, 2020 and older cars though. No sci-fi tech, no sci-ency explanation, just some dumb claim they found some “soul particle” which of course is ridicules, since any child knows that soul isn’t physical. Oh, I almost forgot, the soul mate test center is lighted with some neat futuristic blue light, so there is that.

Yeah it starts of with some LBGTXYZ and what not propaganda and then showers you in estrogen throughout, whining and crying wimpy excuses for men and sometimes also woman.

I could go on, yet I guess you get the picture, so unless you are looking for some LBGTXYZ propaganda and a solid estrogen shock / overdose as well as motion sickness due to the clumsy woman behind the camera and probably also in the directors chair ( or dyke maybe? Trans? Hard to tell… ) you may want to skip this one and look to download some movies and shows from before 2010. Everything since then, with almost no exception, is just fascist globalist LBGTXYZ propaganda garbage.

Now, I hope my review at least was somewhat entertaining to you, cause this, is all the entertainment you’re going to get, with this show.