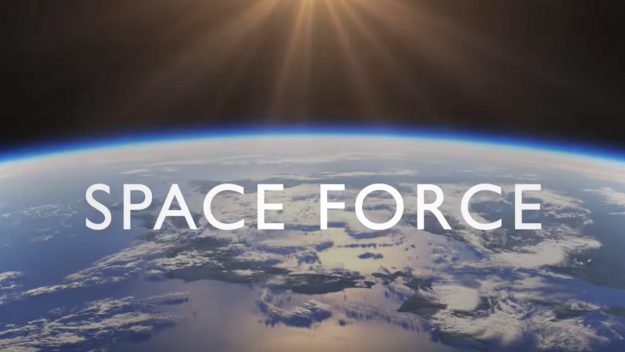 The workplace comedy has become an institution. From The Office and Parks and Recreation to Veep to Silicon Valley, there’s only one unexplored frontier: the final frontier. Enter Space Force. Created by The Office alumni Greg Daniels and Steve Carell, Space Force follows those involved in creating a sixth branch of the United States military. Considering how a Space Force may be in our near future, this show is arriving at just the right time to make comedy out of something not very comedic: military infrastructure and national defense.

Netflix announced today via a devoted Space Force Twitter account that the show will premiere on Netflix on May 29, leaving a decent amount of time for you to finally finish that Office rewatch you’re working on. Don’t expect the season to be that long, though. The show’s IMDb site only lists 10 episodes in Season 1.

Space Force will capture the creation of a branch of the military, but like all workplace shows, the interpersonal relationships between those establishing the branch will likely play a large role as well. Steve Carell will play General Mark R. Naird, a character who seems to be based on real-life Chief of Space Operations John W. “Jay” Raymond.

As it stands now, the Space Force has only been in existence for a few months, and it doesn’t consist of much just yet. For those wondering what the Space Force will actually do, look towards the Space Command branch of the Air Force. So while the actual Space Force might not turn out to be what’s portrayed on the show, there will definitely be some space action to keep viewers captivated.