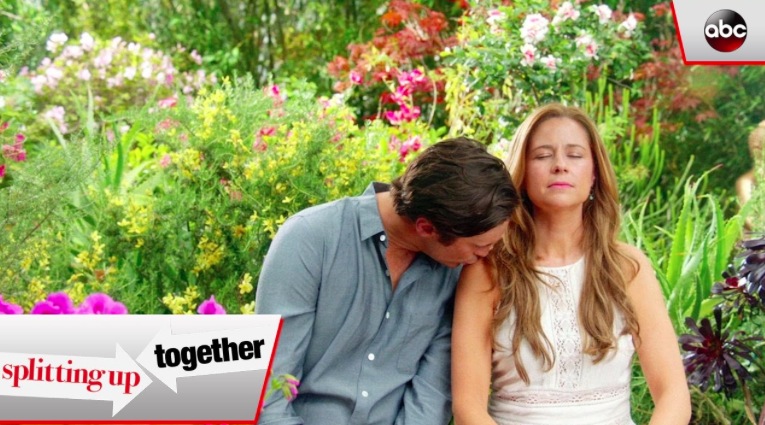 Review: It is sometimes difficult to actually critique a pilot episode of a new TV series and this is just one of those new comedy shows (at least I think they are trying to be funny?) that I am not sure where the writers are going with it, even though the series title is somewhat self explanatory. Husband Martin (Oliver Hudson) and wife Lena (Jenna Fischer) have finished a 2 year rough patch (no sex) and have decided to live separately within the same house with boundaries being one of them will live in the garage for a week with no responsibilities, while the other parent lives in the house and takes care of the kids and all domestic responsibilities. The following week Martin and Lena will switch their living conditions and domestic responsibilities.

As a divorced parent with three sons of my own and a relatively amicable split from the ex I just don’t see anything humorous about a family going through splitsville. But this is not reality riight? This is an attempt at TV comedy.

So who cares if both parents are in their early 40’s (?) and both still have a waistline that a teenager would be envious of, and no grey hair after having three (3) children? So they live in what appears to be a 3,000 plus square foot home on a huge property with not only a detached garage that one of these two free-wheeling parents will call their principle residence every second week, but no one seems to work even though they say they do?

Maybe I digress, but even Ray Romano and his TV wife Patricia Heaton exchanged more heated conversations then this separated husband and wife team Martin and Lena. I look forward to watching a few more episodes before passing any serious opinion either positive or negative so I will remain on the fence for the time being and I will rate this first episode with a 5 out of 10 rating.