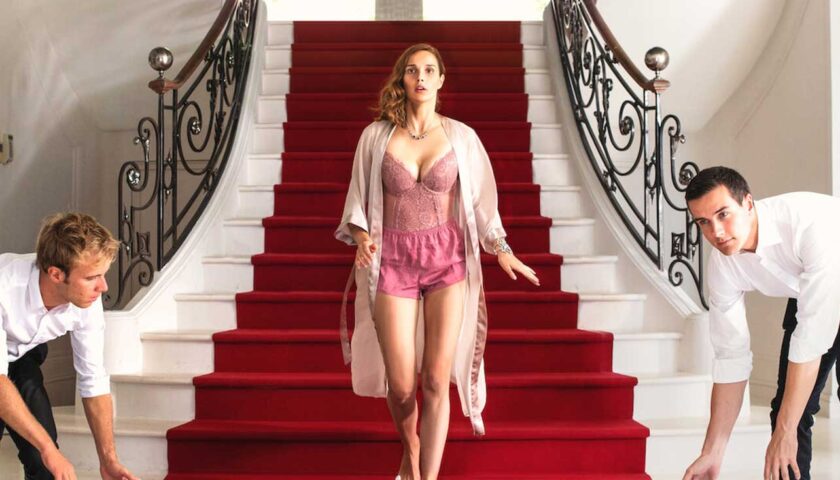 There are a variety of reasons why Netflix is the world’s leading streaming platform and operates in more than 190 countries right now. However, the biggest reason for its success has been the way it has collaborated with foreign filmmakers and given them a platform to showcase their talent. By doing that, Netflix did not only just take its platform to a whole new level, it also gave viewers a wide range of titles to look forward to as well.

Projects like ‘Money Heist’, ‘#Alive’ and ‘The Forgotten Battle’ have done supremely well for them and now they have one more title to add to the list: ‘Spoiled Brats’. The French comedy movie revolves around a rich family living in Monaco and having the best time of their lives. However, the patriarch of that family feels that his children have been spending a lot of money and don’t care about anything else. To teach them a lesson, he shells out a plan and makes them understand the value of money. Will he be able to turn them into better people? Or his lie will be caught?

That’s the main premise of the movie and everything revolves around how children get to know the truth about society. The message is pretty amazing and the way the movie has been shot is great, but it’s not an outright comedy where you’ll laugh out loud. It also makes you the harsh reality of this world and how invaluable you become sometimes when you don’t have money.

The movie starts with the trio of Stella Bartek (Camille Lou), Philippe Bartek (Artus), and Alexandre Bartek (Louka Meliava) living a luxurious life in the picturesque city of Monaco. They have everything in their lives. From big houses to luxury cars, they have everything that a common man can only dream of. However, the family’s patriarch Francis Bartek (Gerard Jugnot) soon realizes that his children are going nowhere and he needs to do something. Later that day, Stella tells her dad that she wants to marry a guy named Juan Carlos (Tom Leeb), but her dad doesn’t approve of that because he believes that Juan is after her money. On the other hand, Philippe is not serious about the business while Alexandre is just thinking about having sex with girls and even married women.

This is where things get a bit intense. We see police coming to their house to catch them, but the whole Bartek family flees the scene. A few moments later, we get to know that there were some discrepancies in their accounts and that’s why the police are behind them. They flee the scene and start living in Francis’ old house. The abandoned house needs repairing and they don’t have any money to buy food. But, it’s all a plan stitched by Francis to teach his children a lesson.

The most important thing about the movie is that it doesn’t do anything fancy. They just show you simply how a father can go to any lengths to make their children do better. It does have some really genuine funny scenes where you feel for the children, but you can’t help but laugh at what’s happening to them. The only problem with the movie is that sometimes it feels too slow and some people might get bored because of a couple of scenes. However, the good stuff outclasses some flaws in the movie.

As far as acting is concerned, Camille Lou is undoubtedly the one to watch out for. She transforms from a girl who can’t live without money to someone who gets to know the value of it when she earns her first salary in a spectacular way and the scene where she gets to know how she used to treat common people when she was rich will be an eye-opener for everyone. Can’t wait to see her in more movies and it would be great to see her in a Hollywood project as well because of her skills.

Meanwhile, Artus and Louka are fabulous in their roles as well, especially Louka in the scenes where he tries to be philosophical will put a smile on your face. On the other hand, Artus seems to be natural in his comedic timing. The trio actually feels like siblings because of their chemistry.
However, it is Gerard Jugnot who steals the show with his acting. The veteran actor has once again proved why he is known as the guru of comedy in the French entertainment industry. He is damn good as the patriarch of the family and during the end, he shows what kind of range he has as an actor.

All in all, ‘Spoiled Brats’ is a perfect family movie that shows you how the family is important and how people should always keep their feet on the ground even when they have everything that people can only dream of. Certainly not a flawless movie, but it has enough juice to put a smile on your face.