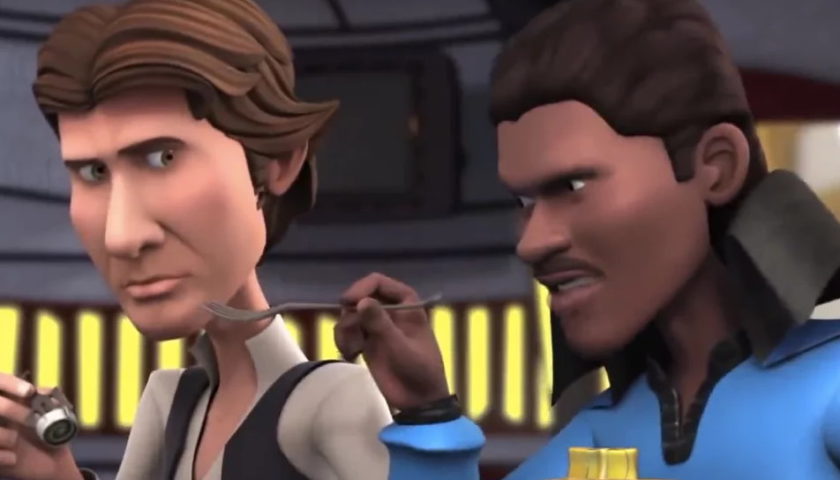 Review: Do you remember Star Wars Detours? First put into development in 2009 and officially announced by Lucasfilm in 2010, the project was an animated comedy series featuring the characters and settings of the Star Wars universe. Unlike the more serious sci-fi adventure stories being told elsewhere, Star Wars Detours was told through a goofy, comedic lens by Robot Chicken creators Seth Green and Matthew Senreich. So why have we never seen it?

After Disney bought Lucasfilm in 2012, plenty of projects that were in the works ended up being shelved, many indefinitely. Star Wars Detours was one of them. Despite having nearly 40 episodes completed and ready to air, Disney and Lucasfilm postponed the series and has kept it on a shelf ever since. However, some trademark filings might indicate that a Star Wars Detours release might be in our future. Emphasis on the “might.”If you’ve never heard of Star Wars Detours, this is the project we’re talking about:

This might seem to indicate that Disney and Lucasfilm are planning a Star Wars Detours release. Otherwise, why would you renew these trademarks if you’re not going to use them? Well, more than likely this is just a major corporation playing it safe by renewing trademarks for a project that they have sitting on a shelf, just in case they ever actually want to release it.

Furthermore, the second renewal for a trademark comes four years after the first renewal, or nine years after the initial filing. This year marks four years since that first renewal in August of 2014 and nine years since the initial trademark filing. So we think this is just Disney and Lucasfilm conducting business as usual, and our own sources corroborate this presumption by saying that they haven’t heard anything about the series getting released. But let’s play devil’s advocate for the hell of it.