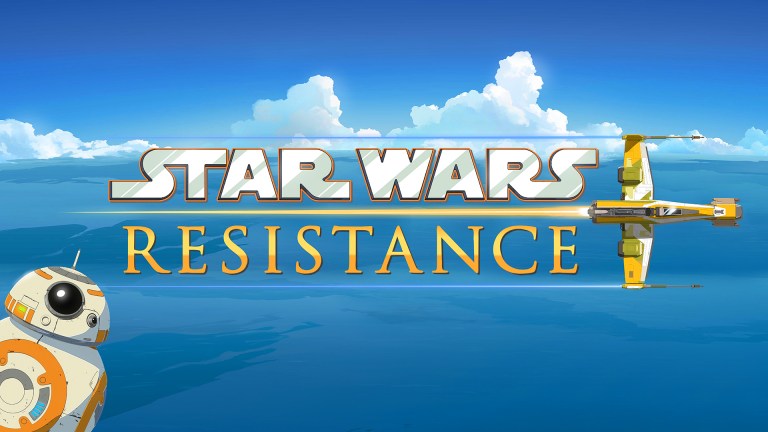 Review: Strap into your X-wing cockpits and get ready to join the Resistance this fall! Set before The Force Awakens, Star Wars Resistance will follow Kazuda Xiono’s exploits as a Resistance pilot with the top-secret mission of spying on the looming threat of the First Order. Head below for a few more scant details and the cast announced so far, including Oscar Isaac and Gwendoline Christie reprising their roles as Poe and Phasma, respectively.

Beyond the main character’s name, the era, and general plot, the details are pretty scarce right now about Resistance, but it’s expected with an initial announcement like this. Heck, I imagine we won’t really get any footage or images until July/August, as to let Solo: A Star Wars Story percolate in the hearts of Star Wars fans for a little while. I hope I’m wrong though, as I can share my excitement for both things, no problem! Just so you know, Lucasfilm!

Focusing on the pilots of the Resistance could offer a lot of fun, action, and hijinks, as the excellent comic series, Poe Dameron, has been bringing fans since it debuted in 2016. And for fans of the X-Wing novels (me!) and comics from Legends, this is doubly exciting, as it’s been something we’ve all been hoping for since falling in love with those stories. With a big, varied cast already announced (I’ll cover them in a moment), it would be nice for Resistance to have that sense of comradery only a group of fighter pilots in the GFFA can build, and I sure hope we’ll see some non-human members among their ranks.

The pilot focus, and spy missions against the First Order, could also signal the show might stay further away from Force related antics than Rebels ended up doing. I mean, the Force is in a bit of a hibernation period after everything that goes down with Luke Skywalker and Ben Solo, so if this takes place in that part of the pre-TFA era, it’s even more unlikely for Force stuff. However, Dave Filoni did create the show, so the possibility is there, but I feel like Lucasfilm has seen the fan excitement and acceptance of Star Wars properties not focusing on Jedi, though we’ll just have to wait and see regardless. Alongside Filoni, Resistance is Executive-Produced by Athena Portillo (The Clone Wars, Rebels), Justin Ridge (The Clone Wars, Rebels) and Brandon Auman (Teenage Mutant Ninja Turtles).

The show will be art-directed by Amy Beth Christenson (TCW, Rebels), whose work has been fueling Star Wars animation for years and I’m very excited to see in such a lead role on the series! Her cover for the Kanan comic’s second issue was my first must-buy variant, and is just a small taste of her excellent skills. And if the image released with the announcement is a hint of the final art style of Resistance, along with its anime-inspiration, I’m very excited to see more.

The cast is a good mixture of genders, more expansive than Rebels’ space-family focused cast, and includes some notable funny men and women from other TV and VO roles: Christopher Sean (The Lizzie Bennet Diaries), Suzie McGrath (East Enders), Scott Lawrence (recently in Legion), Myrna Velasco (Elena of Avalor), DONALD FAISON aka Turk from Scrubs (which explains his seemingly random appearance at the Rebels finale screening), Josh Brener (Silicon Valley), Bobby Moynihan (SNL cast member for over a decade), Jim Rash (Community), Rachel Butera (Natasha in the new Rocky and Bullwinkle show at Amazon Prime, plus she seems to have the most expansive VO work experience of the group). I’m curious to see who they’ll cast for Leia, because there’s no way she’s not part of this show considering she’s the leader of the whole Resistance (does that mean a Han appearance at well, at some point?).

It might not be the Ahsoka/Sabine buddy warrior show some fans have been hoping for since Rebels ended nearly two months ago, but the current details sure make this new show seem like an exciting animated series to watch and fill that little empty part in our hearts Rebels once occupied. We’ll keep you updated on Star Wars Resistance news as it drops, as well as provide reviews for the series once it airs this fall on the Disney Channel and Disney XD. What excites you most about the new show?