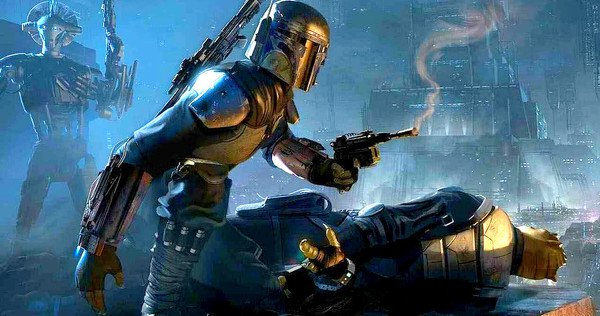 Review: Right off the top, we need to make it very clear that this may not mean anything, but at the same time, this could also potentially be something for Star Wars fans to get excited about. But only maybe. Recently, an IMDB page for the proposed Star Wars: Underworld TV show wound up on Reddit and interestingly enough, it actually lists a premiere date for the series. So, is Lucasfilm actually planning on bringing Star Wars: Underworld to the small screen in 2018?

As many Star Wars fans may know, Star Wars: Underworld, a live-action series that would have taken place between the events of Star Wars: Revenge of the Sith and Star Wars: A New Hope, was originally conceived back in 2005 by George Lucas. But, the series was ultimately shelved for budgetary reasons. Now, the IMDB page for the series has a premiere date listed as December 15, 2018. On the one hand, this could mean absolutely nothing and could just be something that Disney and Lucasfilm haven’t felt the need to edit or have taken down. On the other hand, it could mean that Star Wars: Underworld has been revived and is going to premiere next year. That is far more unlikely, but something that Star Warsfans would surely love to hear.

There is a lot to dig into here, but the most important thing to remember is that Disney and Lucasfilm tend to be very good at keeping things locked down with their announcements and official plans, so this is probably nothing. But, it is possible, however unlikely that Star Wars: Underworld is going to be the next big undertaking in a galaxy far, far away. For what it’s worth, Daniel Logan, who played a young Boba Fett in Star Wars: Attack of the Clones and voiced the character in episodes of Star Wars: The Clone Wars is listed for the series, and that fits the description currently provided for the show.

A live-action Star Wars show is something that has been talked about for a very long time, but for right now, or at least as far as we know and have heard, it is not part of Lucasfilm’s plan in the near future. That said, George Lucas originally commissioned a ton of writers to generate scripts for Star Wars: Underworld and when Disney purchased Lucasfilm, they got those scripts, of which there are reportedly 100. So, they may be wanting to make use of some of that content. For what it’s worth, here is how Lucas described the show in an interview with Total Film Magazine back in 2008.

The other thing worth noting is that, there is nothing that says Star Wars: Underworldwould have to be done as a live-action show. There have been some rumors swirling that Star Wars Rebels is going to end after season 3, which concludes in March. There has also been evidence that suggests Lucasfilm could be looking to announce a new animated series, probably at Star Wars Celebration in April either to bolster their roster or take the place of Star Wars Rebels next year. It is a possibility that the new animated series could be Star Wars: Underworld.

For right now, given that all we have to go on is an IMDB page with a premiere date listed, it isn’t worth getting your hopes up about a potential Star Wars: Underworld series. That said, the fact that this page is still up and hasn’t been edited or taken down by Lucasfilm is something worth chewing on. Who’s to say we aren’t going to get an announcement about Star Wars: Underworld at Star Wars Celebration this year?

The only potential issue is that, if the series were to premiere in December, that would possibly take some steam away on the movie side of things. As of right now, the young Han Solo movie is scheduled to be released in May of 2018, but it is highly speculated that, given the success of both Star Wars: The Force Awakens and Rogue One: A Star Wars Story, Disney will move it to December. If they stick to their guns and keep Han Solo in May, that would actually lend a lot more credibility to the idea that Star Wars: Underworld could make it to air next December. We’ll have to wait and see, but the prospect of this show, no matter how small, is exciting.