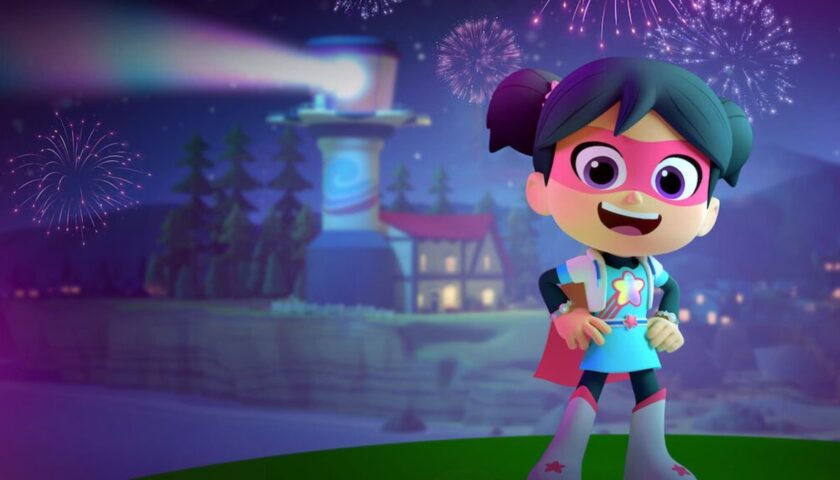 Created by Jon Izen, StarBeam: Beaming in the New Year is a Canadian kids’ animated movie. The voice cast of the movie includes Nahanni Mitchell, Dean Petriw, Terry Klassen, and others.

“Summersette’s biggest baddies join forces on New Year’s Eve to battle Zoey and the Beam Team. But cool cousin Zara powers up to save the day.”

StarBeam: Beaming in the New Year revolves around 8-year-old Zoey who earns multiple superpowers from her mother. She ends up on several exciting adventures whereupon she gets the chance to own and use those superpowers. Zoey forms a team called Beam Team and the kids together face hurdles and fight enemies.

The trailer for StarBeam: Beaming in the New Year was released in November. From what can be gleaned from the trailer, one can look forward to the birth of another superhero. Zoey will be training her cousin to save the family from future danger.

The movie will feature a lot more adventures, along with bigger, badder enemies. As the Beam Team gears up to tackle the baddies, Zoey will be tasked with training herself and her family to face the obstacles that come their way. Her abilities will be tested as she will have to use her superpowers smartly and optimally.

StarBeam: Beaming in the New Year will be released on Netflix on December 14, 2021. It can be found in the category for Children and Family movies on Netflix. The movie is expected to be a short, 47-minute watch, which is ideal for children. The StarBeam TV series and other StarBeam movies are also available to watch on Netflix.