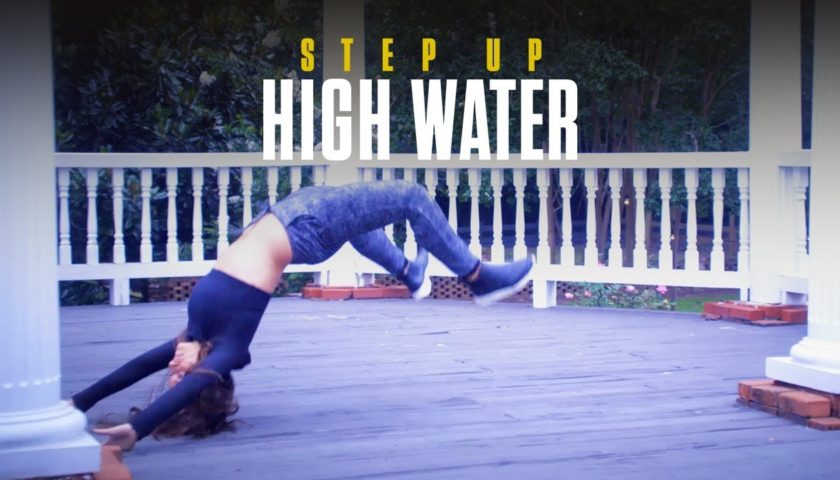 The TV series is not like the movies. It’s more grounded in hip hop and urbanization.

The TV series has no good guys outside the gay main character. Yes, they let everyone know that he’s gay throughout and even have a sex scene. Believe it or not, straight people do not was to see that stuff. Google will push it though.

The acting is okay. No one seems to be a great actor but some characters do shine such as D’Andre and Ringo. In the end, it’s about the dancing to be honest and why the performance is important to the story. High Water tries to blend urban culture with drama and hip hop dance moves. While good in theory, it DOES alienate fans of the movies. I got the idea, Google just wanted the Step Up name, as a new franchise would fail automatically. Again, it feels like it’s Step Up in name only and missing LOTS of fun factor.

This really misses the cutsey, good natured characters of the Step Up movies, which is a shame. This is more Honey, than Step Up. Some guys are fun like Ringo and Ne Yo’s Sage, but then we have other characters such as Naya Rivera who seem to be there to fill a quota.

With that said, the series is well shot and some characters are pleasing, as mentioned. D’Andre was actually the best written character as he has motivations, yet seems the most grounded. and most realistic. RIngo was a close second, due to the actor’s ability to overact, and light up the screen.

Now the identity politics was played upon and was disappointing. So far we have the racists, the rich people being bad, the gays, deportation, fat girls and Blacks being victims of the racists. Nothing overly pushed outside the gays, due to one of the main characters being so, but still worth a mention as it is pushed heavily towards the last few episodes and no one straight, really wants to be forced to sit through a gay love scene.

All in all, worth a looks and I enjoyed it more than I thought. As a fan of the Step Up movies, this is really nothing like it. It is REALLY missing the fun of the movies but has its moments.

The music while not my cup of tea, works in places, and the first 3 or 4 episodes had some well done montages. Episode 2, had a pretty good dance sequence and someone getting beaten up simultaneously. The editors are doing a really good job and the camera crew deserves a lot of credit.

I gave it a 6 based on everything I have see, but if my arm is twisted, I can see it getting and 8 if I look past most of the little flaws and the unappealing gay love story.