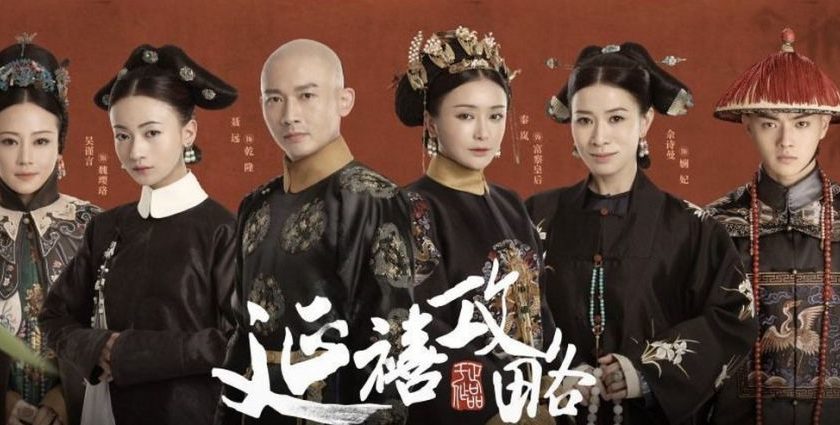 Review: I hadn’t watched Chinese dramas in a long time, but all that changed with the recent release of Meteor Garden (2018), a remake of the 2001 Taiwanese drama I fell in love with as a teen (and naturally had to watch!) and the current sensation, Story Of Yanxi Palace.

The latter racked up 530 million views on China’s streaming platform iQiyi in just one day, setting a record for highest single-day online viewership.

Despite the fanfare, I was initially sceptical. Period dramas set in the Forbidden City have been done to death and I didn’t see how Yanxi Palace could bring anything new to the table.

I was wrong. For starters, its protagonist Ying Luo is unlike anyone I’ve ever seen before on TV.

Commoner Ying Luo enters the Forbidden City and tries her luck as a seamstress. Her embroidery skills quickly puts her ahead of the pack, leaving the rest of her colleagues green with envy.

But she doesn’t care about not being liked by them. She knows she’s good at what she does and makes no apologies for it. And so the sabotaging and backstabbing begins.

In the process of making a gift for the empress, precious threads made from peacock feathers entrusted to Ying Luo mysteriously go missing in an episode.

That’s just the tip of the iceberg. Ying Luo gets accused for every imaginable thing, ranging from having relations with one of the palace guards (and is now with child) to even murdering a concubine!

But she is no doormat. She fights back, but not in that hasty, spur-of-the-moment way. She goes away and quietly concocts a plan, often predicting how her opponent will react and using that reaction to work in her favour.

In one scene, Ying Luo was so upset about all that’s happening around her, she took her anger out on a tree, hitting it repeatedly.

Coincidentally, the emperor passed by, and that particular tree held a special place in his heart. Talk about being at the wrong place at the wrong time, hitting the wrong tree!

To justify her actions, Ying Luo told the emperor the tree’s spirit came to her in a dream the night before and told her it was feeling “itchy” and asked her for help.

We’ve seen strong, intelligent female protagonists in Chinese dramas before, but there’s a tendency for scriptwriters to make them likable.

Ying Luo, on the other hand, in her efforts to defend herself, can come across as sly and cunning at times, blurring the lines between good and evil.

The series spans a whopping 70 episodes, which sounds tiresome, I know. Yet the writers have a way of making even minor goings-on in the palace really interesting.

I’ve seen only the first 10, and can vouch that, so far, each episode is packed with some jaw-dropping drama or another.

There’s also an overarching mystery that keeps viewers tuned in.

Ying Luo’s sister, also a servant, was said to have taken her own life after committing a shameful offense in the palace. But Ying Luo suspects she was murdered, prompting her to enter the palace and find her sister’s murderer.

Scriptwriters not only cleverly weave a suspenseful plot, the day-to-day dialogues are written with so much thought. The characters’ exchanges are filled with wit, sarcasm and implicit meaning.

Yanxi Palace is also a feast for the eyes. Not only is it breathtakingly shot, the set pieces, costumes and makeup are carefully and beautifully put together.

Solid acting performances by the cast really bring the series to life. Particularly, Tan Zhuo’s portrayal of the evil Noble Consort Gao, who’s always plotting the empress’ downfall. Just one stare from her is enough to make the hairs on the back of my neck stand.

Wu Jinyan, who plays Ying Luo, must also be commended for effectively embodying her character’s feisty and fighting spirit.

Ying Luo is a girl on fire who has blazed a trail for many more characters like her in the future.