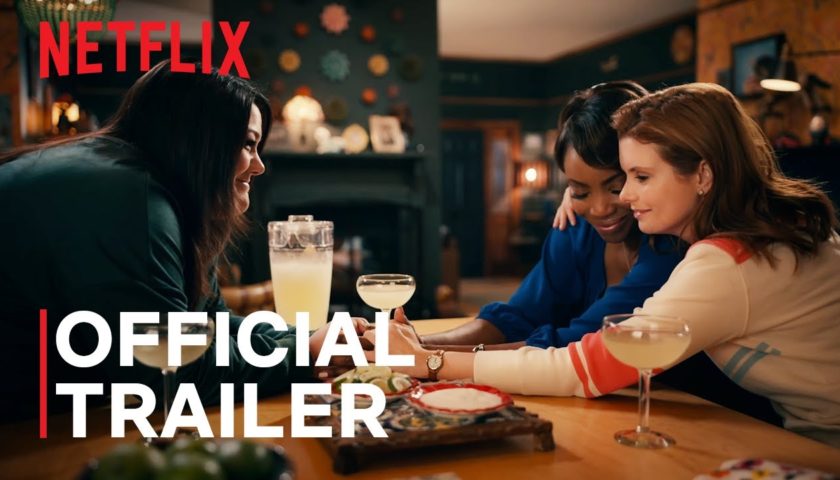 Sweet Magnolias, a breezy Netflix series about three best friends somewhere outside of Charleston, South Carolina, is a show that knows the potential – and limits – of its ingredients. Created by Sheryl J Anderson and based on the series of novels by Sherryl Woods, it stars three steadily working but not well-known actors, whose episodic orbit is not the local coffee shop or bar but the couch, weekly margarita in hand. There, they extoll the messes of their lives (balance, jobs, motherhood) which, in real life, can be overwhelming; here, it’s mixed with light tea-spilling, perfectly coiffed hair and expertly mixed drinks.

It is, in other words, incredibly low-stakes television, a streamlined version of Lifetime or CW (think Hart of Dixie) content, the enjoyment of which depends, like their staple margaritas, on one’s personal pressure release valve and tolerance. Kicking back with it feels indulgent and mindless, an easy slide into a binge, syrupy with enough tart to keep it moving. It can range from pre-bottled to slightly distinct but is still what it is: unpretentious, with all the requisite parts, a balm for some and too “rosé all day” for others.

Sweet Magnolias takes place in a self-contained town where everyone knows each other, all hardships are personal, and all flaws are ultimately redeemed. Naturally, it’s called Serenity, and its focal point is a charming but taste-signifying restaurant owned and operated by chef Dana Sue (Brooke Elliott), who grew up in the town with best friends Helen (Heather Headley) and Maddie (Joanna Garcia Swisher). In keeping with the town name, Sweet Magnolias eschews melodrama for more down-to-earth, mundane struggles; the most explosive scandal – Maddie’s doctor husband, Bill (Chris Klein, literally straining through a southern accent), having an affair and impregnating a nurse, Noreen (Jamie-Lynn Spears, also straining, though that’s beside the point), and breaking up the family – takes place before the first episode, which opens with their divorce proceedings.

Instead, the series ambles from Maddie’s indignation to recovery in the arms of her friends, who endeavor to somehow renovate a beloved old home into a women-only “spa” (wellness center) in a month or so. The project allows each woman to demonstrate satisfying competency – Helen as a no-holds-barred lawyer, Dana Sue as a perfectionist chef, Maddie as an event planner balancing caring for her of two teenage sons and a young daughter – with small, absorbing complications.

Their tribulations over the course of the 10-episode season, eight of which were available to critics, are momentous in real life but, in TV terms, tame – there are no tragic accidents or explosive love triangles, but stage-of-life quandaries that will likely feel relatable to many in the target audience. Maddie wades into life beyond divorce with an attraction to her son’s baseball coach, Cal (Justin Bruening); Helen is a successful careerist coming to terms with her desire to have a family, man or no; Dana Sue channels the trust issues scorched by her ex-husband into work, and struggles to ask for help.

Their kids, meanwhile, also wade through what feel surprisingly like grounded high school drama, not the trauma of Euphoria or craziness of Outer Banks but more mundane mortifications: getting too drunk once at a party, the post-life of a too-vulnerable text, dealing with parents upset with your grades. The Magnolia’s children – Maddie’s sons Tyler (Carson Rowland) and Kyle (Logan Allen) and Dana Sue’s Annie (Anneliese Judge) – also, refreshingly, look like they’re actually 15.

The view of the south in the series is similarly benign, with only a palatable kick of anything awry – it’s mentioned once that, in the past, Helen’s high school love was complicated by his parents’ disapproval of him dating a black girl. Otherwise, Serenity is unremarkably diverse and harmonious – or, at least, the gossipy small town-ness is evenly spread among the town’s black and white inhabitants, who talk a lot about each other but not about race. Which is fine – for some shows, especially those whose budgets and marketing invite scrutiny for its overwhelming meaning, such omissions would be notable flaws. But Sweet Magnolias is not trying to be that show; it is consciously aiming for pleasant. If you’re watching, you’re knowingly submitting to a world where the conditions of modern life (social media, texting) are arbitrarily applied and the horror of America’s racial contract is out of sight.

Watching Sweet Magnolias, particularly its women kicking back and ribbing each other to keep it (amiably) real, I could easily imagine its label as a “guilty pleasure” – a dubious term, since what’s the point in saddling one’s enjoyment these days with guilt. I cannot in good faith describe this show as “good” (please see Klein’s accent or most of the acting) but I also can’t deny that it knows exactly what it’s trying to be. There’s nothing deceitful about that, which, in today’s glut of depressing reality, counts for something.