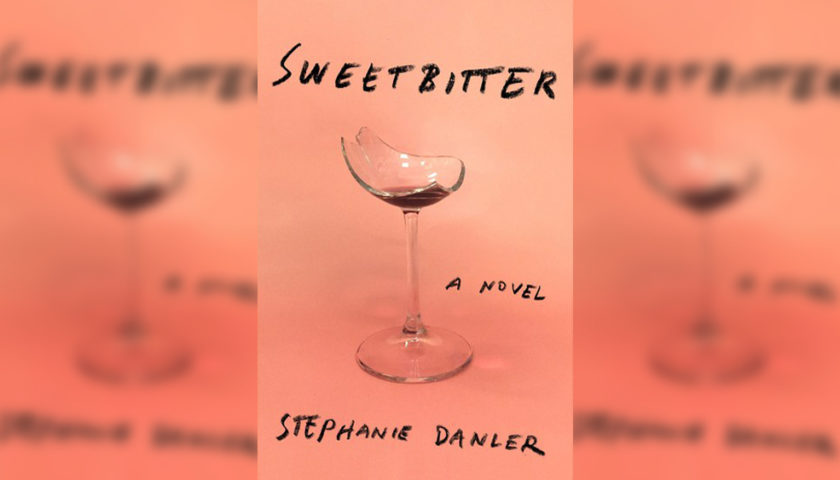 Review: Sweetbitter looks appetizing but something about it tastes a little off.

The Starz series — which, like Vida, debuts Sunday night and unfolds in six half-hour episodes — was adapted for television by Stephanie Danler, the alum of the New York City restaurant scene who wrote the novel of the same name. Like the book, the series travels back to 2006 to follow the naïve, young Tess (Ella Purnell) as she tries to navigate work at a fancy Manhattan restaurant while adjusting to life in New York City, where she knows almost no one. Whether you have experience busing tables or not, you may find yourself often questioning the believability of what happens to her, even though Sweetbitter is based on a partially autobiographical novel.

In the first scene, Tess announces via voice-over that she has decided to move out of her home in Ohio, leaving a note on the kitchen table that announces this to her father and driving all the way to New York City. She has no objective or particular career goal although she does have an apartment in Williamsburg that she shares with a roommate who is never there, one of many lucky breaks that roll Tess’s way. But why she has decided to take this particular leap of faith and geography, other than the fact that she’s bored and afraid of never moving forward with her life, is never fully explained. (Also never addressed: whether her dad is concerned about her sudden journey to NYC. Aside from referring to him a couple of times in conversation, Tess doesn’t speak to her father again after her sudden exit. Is it weird that I spent half of Sweetbitter worrying about Tess’s dad?)

A few short minutes into the pilot, she’s interviewing with Howard (Paul Sparks of House of Cards and The Girlfriend Experience), the owner of the high-end restaurant 22W and a man who exudes the sort of judgmental calm that immediately sparks unease. When he asks Tess what she knows about wine, she says “the basics,” but it’s obvious she actually knows little. Howard changes subjects. “What are you reading?” he asks.

In the book, she responds, “Is that a job question?” In the TV show, she asks, “Is that a normal interview question?” That’s a minor change from text to screen, but a meaningful one. In the novel, Tess merely misunderstands the intent of Howard’s query; in the series, her question implies she doesn’t yet know how life works. Basically, Tess is so green that she could lay down in a field of fresh grass and not be found for days. But Howard hires her anyway, bringing her onboard to train as a back waiter.

He’s an intentionally enigmatic guy, one who goes with his instincts, as is confirmed in the last episode by Simone (Caitlin FitzGerald of Masters of Sex), his equally hard-to-peg head server. But even with that as a caveat, it is hard to believe that Tess could get brought into the restaurant scene at such a high level, with absolutely no credentials or even conversational skills to support her case.

But that’s not the point. The point is to thrust us, the viewers, into the rituals and atmosphere that accompany work at 22W: the “family dinners” that take place before the seatings for the “guests” — never customers — begin, the three-plate carry technique that Tess must learn, even when the hot dishes leave burn marks on her arm; and the regular heavy drinking and drugging that takes place once the waitstaff gets done for the night and heads to their favorite bar. The intensity of this experience — the degree to which everyone who works at the restaurant is up in each other’s business and that Tess is immediately enamored of that — rings true. The contrast between the steamy, fast-paced controlled chaos of the kitchen, and the air of serenity that pervades the dining room rings even truer. Sweetbitter does a good job of illustrating how challenging it is to toggle between those two environments all night, every night, while trying to maintain sanity.

Where it struggles is in its character development. Tess is supposed to lack sophistication but it’s continually astounding how little she knows about the most rudimentary aspects of food, which makes one wonder repeatedly why she’s so intent on hanging onto this job. When Simone, who becomes Tess’s mentor as well as a figure of fascination, explains how the tongue detects different tastes — sweet, sour, salty bitter — Tess asks, wide-eyed: “How do you know all of this?” If Simone had gone a step further and tried to explain umami, there’s a real chance Tess’s ponytailed head might have exploded all over midtown.

The producers of the show chose wisely by casting Purnell, who could pass for the little sister of either Angelina Jolie — she actually played a teen version of Jolie’s character in Disney’s Maleficent — or Mila Kunis. She brings a natural worldly air to the part that often cuts through the relentless emphasis on Tess’s innocence, just not enough to distract from it entirely. The show deliberately holds back on putting all the puzzle pieces together to explain the nature of certain relationships, especially the one between Jake (Tom Sturridge), the bad-boy bartender, and Simone, who has known Jake since childhood and may or may not be romantically involved with him. The fact that Tess develops a mad crush on Jake while developing a friendship with Simone sets up a love-triangle situation that, in six episodes, Sweetbitter doesn’t fully explore.

Other subplots that pop up in the latter half of the season take Sweetbitter closer to soap opera territory, which, quite honestly, might have made this first season a little more fun.

The people who work at 22W take their work and themselves very seriously. Sweetbitter, which clearly fashions itself as a darkly glossy prestige dramedy, takes itself seriously, too. If it comes back for a second season, its first order of business should be to let more light in, both aesthetically and in terms of its overall vibe. It should also be prepared, like Tess, to firm up the foundations of its characters.

After watching the entire first, admittedly short, season, I came away from it feeling like what I know about the people it depicts is, really, nothing more than “the basics.”