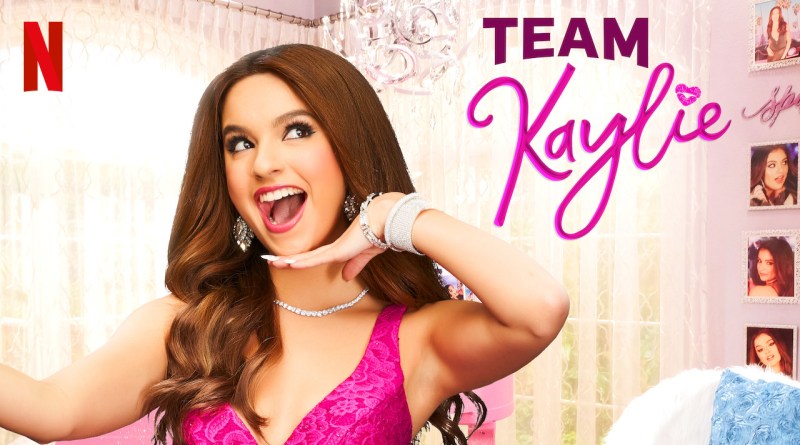 I am, let’s be frank, about as far removed from the target audience of Team Kaylie as anyone is capable of being. But the last time I half-arsed a show like this I got into all kinds of trouble, and since nobody else on the team is available to do the dirty work, here I am. Having suffered through all five episodes of Team Kaylie Season 1, which debuted on Netflix today (IMDb lists fifteen more half-hour installments, which are currently missing and which I won’t be going looking for), I think I’m in a good position to tell you that the show is awful and will make your kids stupid.

That might be hyperbole. But it might not. From its concept to its execution, this is vacuous lowest-common-denominator claptrap which constantly reinforces and occasionally even celebrates the worst tendencies of Gen Z’s celebrity-obsessed always-online consumer culture to a degree that is insufferable at best and actively harmful at worst.

Not to get all pearl-clutchy about things, obviously. Team Kaylie is just a kids’ show, or I suppose a family show considering a lot of the gags are clearly aimed at either parents who’re forced to sit through it with their sprogs or slightly older teens who’re enticed to it for some other reason. Jokes about the principle’s online dating aren’t going to do much for younger kids, after all —  and are we really doing a bit about Nigerian princes stealing bank account details in 2019? But if this is what the kids are into these days, I sincerely worry for this rapidly-aging generation for whom YouTube influencers are the most prominent aspirational ideals.

Kaylie (an extremely well-cast Bryana Salaz, who was also in Malibu Rescue) is a caricature of child starlets growing up in moneyed bubbles, having their lives micro-managed by domineering mothers living their lives vicariously through their children. (A bit like that Black Mirror episode which stunt-cast Miley Cyrus as a lifelong pop sensation whose personality was transplanted on a saleable robot doll.) But Kaylie doesn’t even have the luxury of being a musician; she’s basically a mini-Kardashian, ludicrously famous and beloved for virtually nothing, and she’s such a deluded airhead that she thinks being sentenced to community service means that the community is going to serve her.

That’s the setup of Team Kaylie Season 1: She finds herself helping out the Pico Porcupines, a kind of extracurricular adventure group comprised entirely of lazy stereotypes, including Chewy (Elie Samouhi), the wannabe cool kid ladies man, Valeria (Eliza Pryor), a gothy witch, the comically camp Ray Ray (Kai Calhoun), and the list-making dork Jackie (Symera Jackson). Together they all enjoy various outdoorsy adventures while lessons are learned about life, friendship, reality, and on and on and on.

It’s all totally been-there-done-that stuff, only made tolerable by a really decent cast who do an admirable job of livening up their tired archetypes with actual personalities. But the writing is truly woeful, the subject matter is a tortuous reminder of where pop-culture is right now, and there’s very little here to recommend.