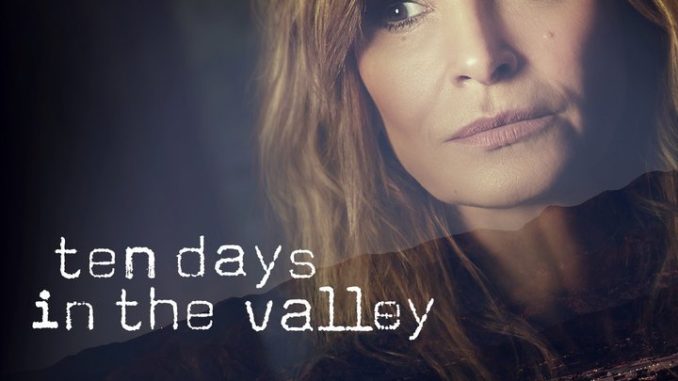 Review: Jane Sadler (Kyra Sedgwick) is a stressed out Hollywood producer of a cop show which taps into some real police scandals due to her secret police informer. She does drugs in her backyard shed as her daughter Lake goes missing from her room in the night. Initial suspicion falls on her ex-husband Pete Greene. Her sister Ali Petrovich (Erika Christensen) calls the police. Robbery homicide detective John Bird (Adewale Akinnuoye-Agbaje) investigates. Jane’s assistant Casey (Emily Kinney) is secretly having a fling with Pete and gives him a fake alibi. As the investigation heats up, her two worlds collide. Video evidence captures her drug dealer PJ and then there’s her maid.

The pieces of an intriguing missing child story seems to be here. Sedgwick is a first rate actress. It’s a compelling enough mystery with many suspects. However, it needs the lead detective to take over the screen. We need to investigate the case along with detective Bird but he’s only a co-lead in this show. He’s barely moving and we’re always ahead of him. The other co-lead Jane is not sympathetic. The only way to salvage that would be sympathy for the kid. We need more of the kid. She has no characteristics, no screen time, and no more than an object or a plot device. It’s still a compelling mystery until after several episodes. Then Casey’s plan is revealed and I don’t understand it. She doesn’t want to kill Lake but Lake would be able to identify her and her co-conspirators. The original plan doesn’t work on its face value. When the central crime is obvious nonsense, the whole show crumbles. Probably coincidentally, the show loses its spot on the schedule and gets relegated to burn-off. This is nothing new here and not well constructed anyways.