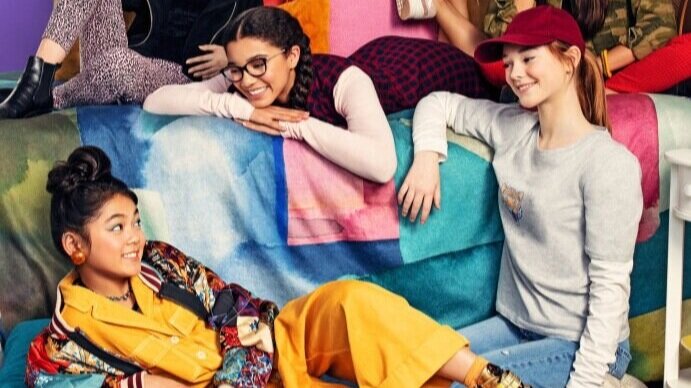 Netflix has set the cast for their upcoming adaptation of the best-selling — and some might say iconic — YA book series The Baby-Sitters Club, which follows a group of middle-school friends who start their own babysitting business in the town of Stoneybrook, Connecticut.

The club will include Sophie Grace as Kristy Thomas, Malia Baker as Mary-Anne Spier, Momona Tamada as Claudia Kishi, Shay Rudolph as Stacey McGill and Xochitl Gomez as Dawn Schafer. The cast will also include Alicia Silverstone as Elizabeth Thomas-Brewer, the selfless single-mother of Kristy Thomas and love interest of all around good guy Watson Brewer, played by Mark Feuerstein.

Ann M. Martin is the mind behind the book series that brought together the idea of inspiring young girls with different backgrounds, personalities and opinions who started a business venture and in turn, created a bond and friendship. A movie adaptation of the series was made in 1995 and directed by Melanie Mayron. Netflix’s new take on The Baby-Sitters Club will include 10 thirty-minute episodes that champions friendship, female empowerment and entrepreneurship.

Martin will serve as producer of the show while Rachel Shukert (Glow) has been set as showrunner and Lucia Aniello (Broad City) has boarded as executive producer and director. Lucy Kitada and Michael De Luca will also serve as executive producers alongside Frank Smith and Naia Cucukov of Walden Media, which is the studio