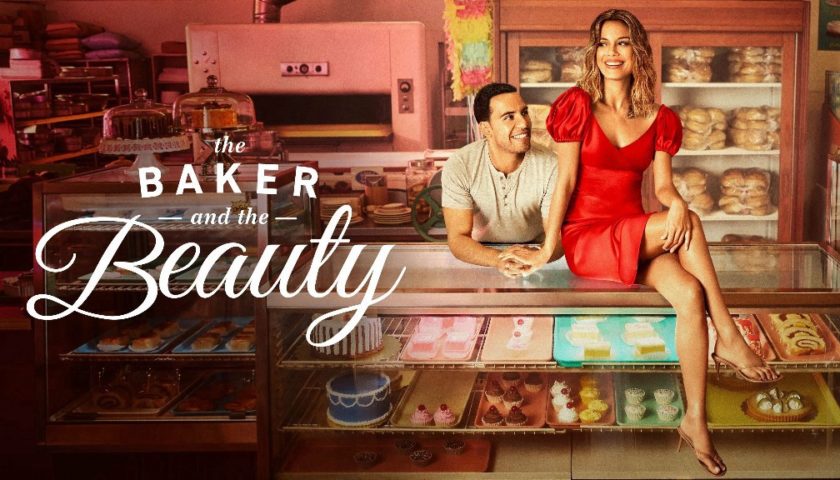 There could certainly be worse times for a bubbly, ebullient new romantic comedy to hit the airwaves.

ABC’s “The Baker and the Beauty” is pretty much exactly what it sounds like: An archetype-heavy story of Daniel, an industrious young man (Victor Rasuk) and Noa, a starlet (Nathalie Kelley). After a chance meeting in Daniel’s home city of Miami, the pair engage in a romance so whirlwind that it leaves Noa’s publicist (Dan Bucatinsky, of “Scandal”) and Daniel’s ex (Michelle Veintimilla) angry at the pair for their own respective reasons. They represent the obstacles, as Daniel’s Cuban-American family generally leaves the door open to Noa, at least before certain differences of viewpoint rear their heads.

It’s all done with charm and a relatively light touch. There are enough credible reasons why this pair might actually click — among them Daniel’s relatable indecision. (This is not a story, as it might have been in less capable hands in which one party has it all figured out and educates the other.) Bucatinsky is reliably great in the part of a nasty entertainment-biz alpha, carrying all the Hollywood baggage so Noa’s free to be lighthearted. And a subplot involving Daniel’s teen sister (Belissa Escobedo) becoming aware of her growing attraction to female classmates is nicely drawn, a bit of more serious ballast on a fairy-tale of a show.

Like many fairy tales, this one doesn’t entirely escape moments that are a bit clunky: Daniel’s ex really doesn’t have an obvious place in the story after her lack of a claim on Daniel’s heart becomes clear. Her ongoing presence makes her look at times unduly villainous, and Daniel something beyond indecisive and arriving at too flaky by half. The show also has a problem that basically no entertainment about superstars and civilians interacting this side of “Notting Hill” has cracked: Noa needs to be believably someone who catalyzes huge fan engagement, and Kelley, though talented, gets there only itinerantly. It’s a relief, and a smart fix, once it becomes clear that Noa’s fame does not extend as far as she might like it to: She’s a tabloid fixture but hasn’t yet established herself as an actress.

This craving for legitimacy provides one more reason the stability “the Baker” and his more traditional family provide hold an appeal. This show’s first four episodes, indeed, generally seem to depict a show coming into a better understanding of itself as it goes on — a very heartening thing to see. Heartening, too, is a show that feels warm and genuinely escapist at a tense time in the world outside the frame.