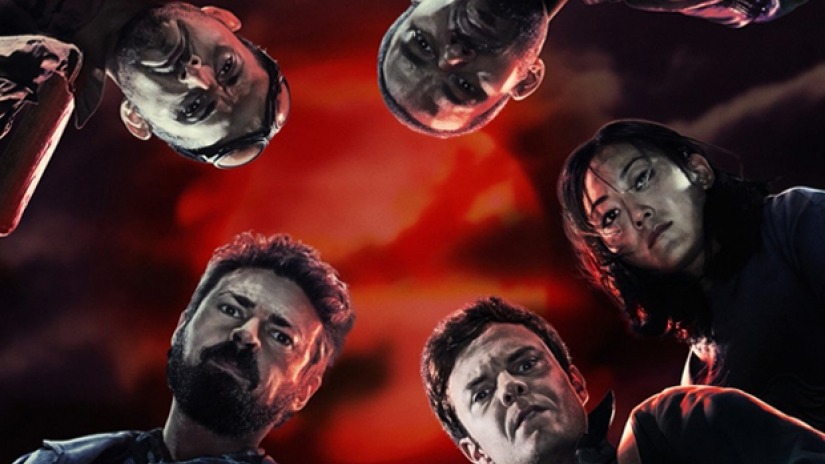 Review: After a mixed response to the ongoing Preacher show on Amazon everyone wondered when and if (and more likely how?) would Garth Ennis’ ‘The Boys’ make it to the screen?

When I found out that Seth Rogen and Evan Goldberg (Producers of Preacher) were involved my expectations were lowered slightly, at least the format of TV was correct for ‘The Boys’. There’s simply too much plot for a movie and to do the material justice the movie would need a hard R rating and at least several sequels to fit in all the story, so cable TV was always the best fit for an adaptation of ‘The Boys’

Thankfully Rogen & Goldberg have exited the project and ‘Supernatural’ creator Eric Kripke has joined as show runner and ’10 Cloverfield Lane’ director Dan Trachtenberg is signed up for the pilot. Amazon has commissioned an 8 episode first season and with the change in creatives behind the scenes I’m much more excited for ‘The Boys’ chances now.

Kripke created ‘Supernatural’ and perfectly plotted out the first 5 seasons mixing horror, drama and comedy perfectly with many arguing the show peaked with the season 5 after which Kripke exited. Trachtenberg made an excellent debut ’10 Cloverfield Lane’ and also helmed ‘Black Mirrors’ ‘Playtest’ episode. A great start to a very promising career.

‘The Boys’ are a CIA backed team of enforcers whose job is to keep in check the worlds superheroes by any means necessary.

They are led by the mysterious Billy Butcher, a smiling psychopath and master of manipulation who puts together the team.

Butcher recruits Hughie, a young man who suffers a tragedy as collateral damage from a superhero fight and slowly pulls him into his world. Hughie is reluctant at first and is usually the voice of reason in the group.

Mother Milk is the uptight member of the group before we find out his shocking backstory.

Then there is the Frenchman and The Female, they are muscle and comic relief  in the books and they have a strange relationship where the Frenchman seems to be the only one who communicate with The female who never talks but is the most deadly of all the team.

In Ennis’s world, the majority of the superheroes are privileged psychotic scum – imagine if behind closed doors Superman was a murdering sexual deviant but in front of the cameras still the symbol for everything good.

There are many different groups of superheroes throughout ‘The Boys’ with the main group ‘The 7’ led by the deranged Homelander, our intro to the team of (well villains really) is through the initial wide eyed innocence of new superhero Starlight who is abused in an initiation ritual. After this she meets Hughie and the two begin a relationship both unaware of there respective teams and alter egos.

The comic book run of ‘The Boys’ was fantastic and had some truly shocking moments and it will interesting to see what actually makes it onscreen for the books due to the extremity of the content.

Casting news is strong so far, with Karl Urban cast as Billy Butcher and relative newcomer Jack Quaid playing Hughie. Ennis has previously mentioned the character of Hughie was visually based on Simon Pegg however Pegg is probably too old to play the role now.  Urban would not have been my pick for Butcher as I read the book, however he is uniformly excellent in almost everything he has been in.

Karan Fukuhara has been cast as The Female which is a good choice as shes essentially played the same aesthetic role in ‘Suicide Squad’ but here she will actually get to emote as well as chopping up bad guys with swords.

The timing for this show seems perfect with the glut of superhero shows and movies around and the seemingly incessant need (DC I’m looking at you!) for heroes to be tortured and dark.  What ‘The Boys’ does brilliantly (and I’m hoping to see in the show) is attack the cult of celebrity that exists in society these days with Superheroes the currency consumed by the public.

With a strong creative team onboard and amazing source material I have high hopes for when ‘The Boys’ comes to Amazon prime.