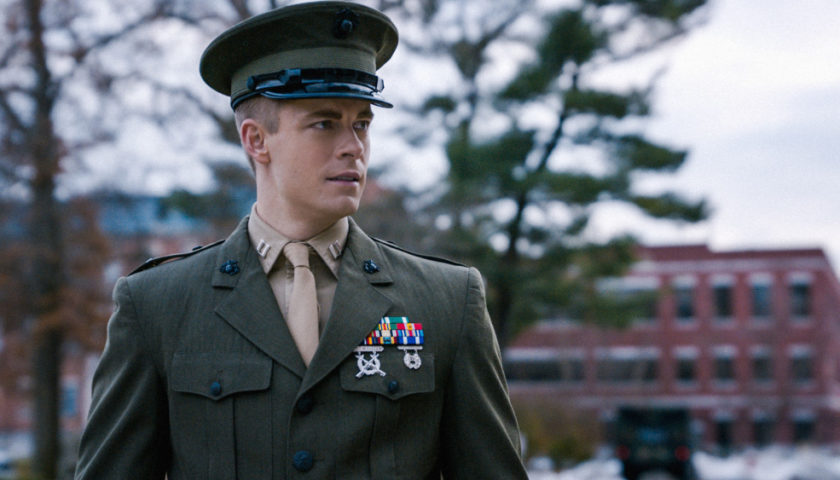 Review:The Code TV series is a military legal drama that revolves around the brightest minds who take on the country’s toughest legal challenges.War is a terrible thing, but violence is sometimes necessary to get heard and establish a deterrence. That said armies around the world adhere to strict code of conduct and laws that keep war from becoming a senseless, mindless act of killing. The Code TV Show on CBS follows a group of military lawyers who ensure justice and truth prevail at all costs.

THE CODE SERIES CAST
Craig Sweeney and Craig Turk develop this new military drama that focuses less on action and more on the law side of the army. The series premieres on Tuesday April 9 and then moves to its regular slot on Mondays for the later episodes.

The Code TV series is a military legal drama that revolves around the brightest minds who take on the country’s toughest legal challenges, inside the courtroom and out, in the only law office in the world where every attorney is trained as a prosecutor, a defense lawyer, an investigator – and a Marine.

Operating out of Judge Advocate General Headquarters in Quantico, Captain John “Abe” Abraham is a driven prosecutor for whom becoming a Marine is a longstanding family tradition and a responsibility he treats with devotion and passion.

His colleague and friend, Captain Maya Dobbins, is the fearless lead defense attorney who is never hesitant to go up against one of her own, but is also a team player if it means finding the truth. Major Trey Ferry is Abe’s eloquent and wise superior officer working for the prosecution who pursues suspects with ferocity.

Commanding officer Colonel Glenn Turnbull, one of the highest-ranking female officers in the Judge Advocate Corps, demands excellence of herself and her staff, while inspiring intense loyalty.

These active duty Marines are attorneys who have chosen to serve their country in pursuit of military justice at home and abroad.

THE CODE SERIES REVIEW
It has been some time since we has a series on the legal system within the military. And if my memory serves me well JAG was the one I can remember of last. Well, The Code begins on a promising note with a simple case turning into something deeper and more systemic. The performances of the lead cast do not leave anything wanting and the pace too seems appropriate for the drama. For legal drama lovers, the series promises to offer some insight into military laws and the way it works in that world.

Captains John Abraham and Maya Dobbins head to a war zone when they are assigned to opposite sides of the courtroom in the case of Marine charged with abandoning his post during combat, resulting in the deaths of three soldiers. Also, Major Trey Ferry must iron out a diplomatic spat, and Lt. Harper Li works to balance her duties to the Corps with planning her wedding.

Major Ferry and Lt. Li are assigned to find out who leaked information about a Marine who was set to become the Corps’ first female Infantry Captain, which may have led to her attack. Also, Capt. Abraham is approached by his best friend’s widow, Alex, who is considering suing the Corps for her husband’s wrongful death and may ask him to testify.

When a dying Marine confesses his involvement in covering up the murder of an Iraqi civilian more than a decade ago, Abe and Trey are assigned to prosecute the accused killer – a sitting U.S. congressman.

When two Marines are accidentally killed in a weapons test, Abe and Harper square off against Trey as prosecution and defense for the soldier who is accused of tampering with the system.

Abe and Harper try to track down a website owner who is inciting violence by having Marines confront and expose civilians who are publicly pretending to serve in the Corps.

Also, Abe’s relationship with Alex becomes more complicated. Rami faces a crisis of conscience when he and his wife, Nazil, go for their citizenship test. And Col. Turnbull anxiously awaits word on her son’s status after she approves an overseas airstrike.

Harper gets caught in a firefight when she, Abe and Maya travel to Syria to investigate a Marine accused of desertion. Meanwhile, Col. Turnbull travels to Germany to be with her wounded son, Adam.

Abe and Harper travel to Afghanistan to investigate when an Afghan commander is killed on a U.S. base. When a Marine is accused of the crime, Trey and Maya join their colleagues to defend him in an on-base hearing.