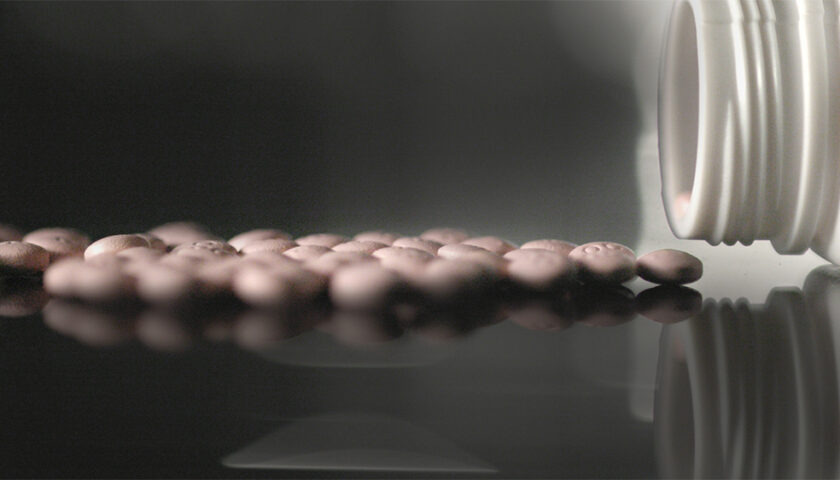 I lost track of how many times I gasped in horror while watching HBO’s The Crime of the Century. Alex Gibney‘s two-part, four-hour-long documentary looks at the roots of America’s opioid epidemic. While opium addiction has been a scourge for centuries, over 500,000 Americans have died of overdoses in the last two decades alone. Gibney examines the cause for this explosion in addiction and discovers that the so-called opioid crisis is in fact a crime. Or, to put it more accurately, an overwhelming web of crimes. The Crime of the Century is a difficult, sorrowful exploration of how widespread avarice led to mass murder and why no one seems willing to stop it.

The Crime of the Century is the latest searing documentary project from Oscar- and Emmy-winning director Alex Gibney. Gibney is best-known for his work exposing corruption. He directed Enron: The Smartest Guys in the Room, Going Clear: Scientology and the Prison of Belief, and the juicy Elizabeth Holmes doc The Inventor: Out For Blood in Silicon Valley. In each of those projects, Gibney chipped away at the psychology (and paper trails) that hide wrong-doing in plain sight. And in each of those projects, Gibney had clear cut villains to hang blame on. The underlying horror in The Crime of the Century is that opioid epidemic doesn’t have just one villain. It has countless villains, many of whom are ironically victims of opioid addiction themselves.

Any discussion about the original sin that sparked the opioid epidemic, however, usually points to the Sackler Family. The Sacklers started off as three ambitious brothers who wanted to help people with pharmaceutical solutions. Hence, they bought Purdue Pharmaceuticals in the early 1950s and set off on changing the way drugs were talked about and dispensed in America forever. (Those ubiquitous prescription drug ads on TV? The Sacklers pioneered those.) By the 1990s, the Sacklers’ biggest “hit” drug was a controlled-release morphine pill called MS Contin, which was primarily used to treat cancer pain. As journalist Patrick Radden Keefe explains in The Crime of the Century, when Purdue’s patent on MS Contin was coming up, they got the idea to translate the “Contin” method of enclosing a pill’s pain-relieving power in a controlled-release shell to the powerful prescription opioid oxycodone. The idea was that by controlling the release of the opioid, patients wouldn’t get addicted.

It’s a good idea in theory, but in practice, you could crush the pills and snort them. You could take more than you were prescribed. You could eventually have your prescription cancelled by a well-meaning doctor and find your need for the drug’s high pushes you to purchase heroin on the street. So it’s actually a really bad idea. Worse, the Sacklers engineered an aggressive marketing plan to push this new money-making drug, OxyContin, to a wider audience than typically would be prescribed opioids. You see, opioids are usually reserved for end-of-life patients. The Sacklers argued that people living with back pain or knee injuries also deserved freedom from pain. And that OxyContin could grant that peace.

What was really happening was that a highly powerful and addictive drug was being prescribed to patients who didn’t need a pain-killer of that magnitude. And since it was incredibly addictive, OxyContin was a pill that trapped patients in a cycle where they couldn’t break free of needing more…until overdose and death. It was a huge moneymaker for Purdue and legions of other pharmaceutical companies hoping to get in on the racket.

Ultimately, Gibney shows that the Sacklers weren’t the only menaces in this situation. The flames of opioid epidemic were fanned by greedy public officials happy to take bribes from Purdue in order to fudge FDA rulings and doctors who saw a way to make a quick buck. Ambitious pharmaceutical reps used predatory tactics to slide opioids into patients’ hands. And whenever the DEA found a way to crack down, the opioid crisis would erupt in new, awful ways, like the heads of a hydra.

The most powerful moments in The Crime of the Century come from the stories of people caught up in the tsunami of hurt the opioid epidemic created. One widower shared not only the story of how his beloved wife got hooked on prescription opioids, but photos of her passed out on the drugs. Eventually, her addiction was fueled by a prominent doctor who pushed opioids as a cure-all for pain, Dr. Lynn Webster. In interviews with Webster, he seems to believe it was his duty as a doctor to take patients’ pain away at all costs. However, the aggressive pill regime he gave patients paints him more like a drug dealer. It’s a comparison made all the more awful when you learn the insane number of patients who died of overdoses on his watch.

But Webster, like the Sacklers, isn’t the only person Gibney implicates. There are tales of strip mall pill mills, manned by sketchy doctors in Florida. Home-made fentanyl labs inadvertently created by addicts in search of their own high that go on to kill whole communities. Sadistic small pharma bosses who stop at nothing to push ridiculously deadly drugs. Former DEA officials who turned coat for cash and helped the pharmaceutical companies rig the law in their favor. There’s even the revelation that not a single member of Congress (nor Presidents Obama or Trump) did anything to stop the passage of a bill that revoked protections on consumers. It’s a parade of evil and no one wants involved seems to want to accept accountability.

The massive scale of the opioid epidemic’s evil is what makes it so horrifying, but it’s also the one narrative issue I had with the documentary. Because Gibney is committed to showing the full scope of opioid-related sin, it’s hard to hang our anger on one singular party. Gibney’s most popular past documentaries left us understanding who the villains were and who the victims were. The lines get blurred when it comes to the opioid crisis in part because there are so many at fault and so many who have gotten hurt.

The Crime of the Century asks its audience to take in an immense tapestry of pain. The lingering question? How to stop it? But we’re trapped in a vicious cycle now. If people aren’t addicted to the opioids themselves, they’re hooked on the money and power the industry allows them. The Crime of the Century begs for justice to somehow be served.