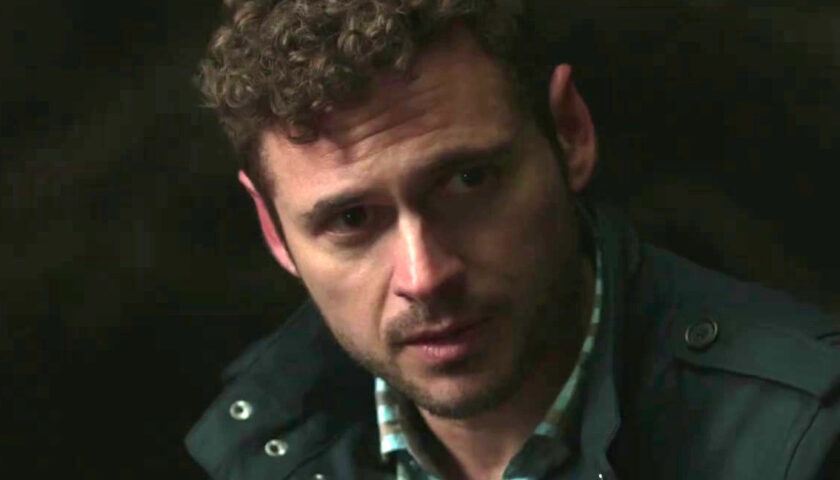 There’s something going on in an abandoned mine in an emptied-out town in BFE, Kentucky. And the only person who can get our Cambridge scientist and his team there is a mysterious and hyper-competent Spanish guide.

No, “The Devil Below” isn’t another European horror story set in Appalachia and shot in Romania. But the casting, the fact that they pass off a Kentucky quarry and caves as “the Shookum mine,” and that it’s not so much a thriller set “below” as what is being kept below getting out and “up here” make it disorienting enough to be interesting.

Alicia Sanz of TV’s “El Cid” and “From Dusk Till Dawn” is Arianne, the woman with the gear and the Land Rover to get Darren (Adan Canto), his skeptical colleague Shawn (Chinaza Uche), security guy Jaime (Zach Avery) and tech-guy Terry (Jonathan Sadowski) to a place that’s literally been removed from the map.

Arianne has the swagger to not be put off when locals are hostile about giving her directions. To her, that just means “We’re close.”

Darren’s out to find out what’s still on fire far below ground, but Shawn, a geologist with an “intelligent design” bent thinks this sealed mine was a government Cold War project related to something the Russians found when they drilled down too deep — Hell. He’s even got a tape.

“Some say it’s the screams of the damned!”

Darren can gripe that “We’re not here to find the Hell. We’re here to to find holes and smoke” all he wants. We’ve seen that opening scene. We know a miner (Will Patton) saw his miner son yanked down a hole, never to be seen again.

Shawn? He’s the first to say “We shouldn’t be here, man.”

They dodge angry locals, find the entrance and open Pandora’s mine shaft. And that’s when Hell is let loose on Earth.

“The Devil Below” is at its best when our soon to shrink quintet is on the run, scrambling to figure out what’s chasing them and if the locals are there to help or make things worse.

The more we “see” the threat — which is much more menacing as a far-off growl and glimpsed through a night-vision scope — the more conventional and dull “The Devil Below” becomes.

There’s not much suspense, not much empathy built into the characters. We’re just treated to little speeches, bits of backstory revealed, big moments of personal sacrifice, grisly deaths, all shot in the gloom of night or shafts and caves “below.”

There’s a half-decent thriller in this plot, maybe even with this cast. But the minute you set aside most of your budget to show us “the creatures” in their various forms, you lose the thread. It’s not what we see that’s alarming, but what we sense. “The Devil Below” deserves a movie as resonant and harrowing as its title.