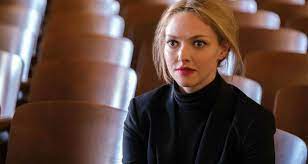 We have barely had time to draw breath after the whirlwind anti-romance that was Inventing Anna, the story of super-grifter Anna Sorokin, who parlayed an innate grasp of upper-class manners into a life of plenty among the moneyed elite of New York (until they found out they were the ones funding it). Now we have The Dropout (Disney+), the story of the other great female fraudster of recent years, Elizabeth Holmes, founder of the medical company Theranos. It claimed it had developed technology that would revolutionise blood testing, and with it a massive part of the US healthcare system. In 2015, Forbes named Holmes the youngest self-made female billionaire in the country, after Theranos was valued at $9bn (£6.75bn). Her downfall, once rumours of fraud started circulating, was precipitate. She is now on bail awaiting sentencing for convictions for wire fraud and conspiracy to commit wire fraud.

Unlike Inventing Anna, which was a heady, soapy rush that enjoyed the glamour of its protagonist, and wasn’t too bothered by any need to investigate her motivations, The Dropout plays it straight. Possibly too straight – there are times when a little levity as the impossibilities mount would not go amiss – but all in the service of a story that blows your mind quite as comprehensively as Sorokin’s.

The storytelling is largely linear (a great relief after Inventing Anna’s back-and-forthing and the general fashion for importing tension via flashbacks and flash-forwards rather than actual writing). And so – brief opening scene of her giving a deposition before trial aside – we first meet Holmes as an 11-year-old child, running so slowly in a race that the rest of the runners have gathered at the finish line to wait, while the teacher begs her to give up. She does not, of course.

There we have the essence of our antihero and this eight-hour miniseries. One is determined to succeed, the other determined to make its messages clear every step of the way. See also: mother laboriously depicted as self-centred and cold; father better, but emphatically a vice-president at scandal-hit accountancy firm Enron. It hits every traditional beat: mapping out the origins of Holmes’s particular interest (mother’s fear of needles); a montage of rejections as she tries to get her initial funding; the disaster in the lab as the last potential investor rounds the corner; her mesmerised walk around the room as she arrives in her first luxury hotel suite as CEO (never mind that Holmes was from a wealthy, well-connected family and was, we may safely assume, well-used to hot water and gathered curtains).

So The Dropout is a lumbering beast, but saved by two things. The first is that it is simply such a good a story that you would have to deal it actual hammer blows to kill its fascination. Because – I’m sorry, did I not say? Tiny detail, often slipped the inventor’s mind, too – the technology did not work. Not properly. It worked a few times in a small way, just enough to give hope to those involved but, crucially, not on the day they showed it to investors. Holmes faked the results it apparently spewed out in front of them. From there, there was no going back.

Its second saviour is the solid cast, led by Amanda Seyfried as Holmes. It’s a hugely skilful performance (even before she has to pull off Holmes’s famous vocal evolution), which manages to keep in balance all the disparate elements of a woman who seems, by all accounts, to have been a very strange admixture. She was demonstrably clever but slow to realise the value of “soft” skills, blunt but charming, hyperfocused but chaotic. Seyfried makes it all work and keeps our attention – even our sympathy – as Holmes’s desperation to make a name for herself and prove that her intelligence and drive are worth something tangible slips further and further into corruption and lies.

Along the way, the show touches on issues that may have motivated Holmes to act the way she did – constantly proving herself the equal of the men at Stanford University, having to face down the tech bros of Silicon Valley, getting caught up with a manipulative older man, Sunny Balwani (played Naveen Andrews). But it doesn’t shy away from the fact that there was really only one person who built Theranos – from literally nothing, as it turned out – and who brought all $9bn of it down.