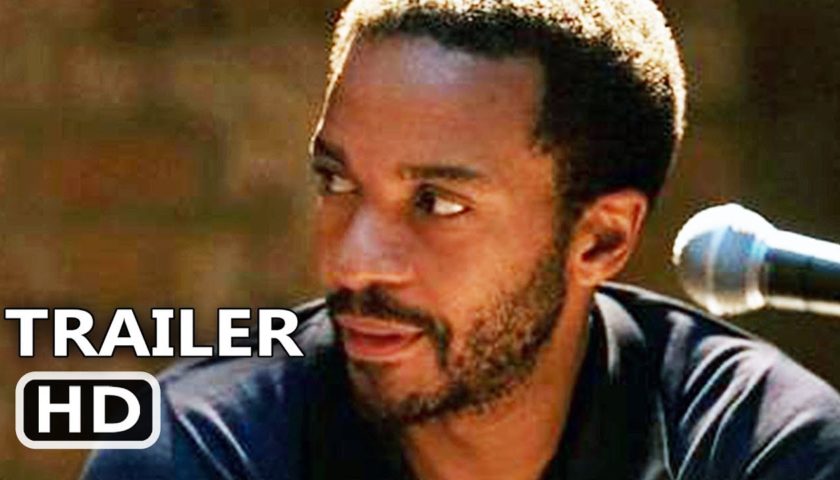 Paris and jazz make a smart, sophisticated combo in Netflix’s eight-part miniseries The Eddy, a multicultural family drama shot like cinema, which closed Berlin’s popular TV series sidebar (and is set to air on the streamer in May). Not everyone in the audience was likely to be a dyed-in-the-wool jazz aficionado, but most came away from the screening of the first two episodes, directed by La La Land’s Damien Chazelle and written by Jack Thorne, with some rudimentary ideas of how a new song is constructed out of a few notes until it grows into a complex tune that packs the house.

The house in question is a jazz club called The Eddy in a Paris neighborhood not on the outskirts, but not central and touristy, either. Its in-betweenness is captured in a shot of graffiti-covered concrete walls partially obscuring a view of the Eiffel Tower in the distance. Just the place for Elliot, an American in Paris (Andre Holland of Moonlight), to open an edgy club. Running through the story is a thrill of danger from the Paris underworld, as well as a family drama that quickly complicates Elliot’s problems when his high-school-age daughter, Julie (Amandla Stenberg), comes to visit at the worst time possible.

A former jazz musician who one suspects will play again before the series ends, Elliot has invested his savings in the club along with his extroverted French partner Farid (Tahar Rahim of The Prophet). While the outgoing Farid takes care of business, Elliot handles the creative part of the club, which involves booking class acts and developing a group he thinks is potentially good enough to get recorded on a label like Franck Levy’s (Benjamin Biolay). But so far no dice.

Holland, who acts in English and French, communicates his nervous energy and his artistic perfectionism from the very first number the group plays, which he liquidates with a simple, “Tonight was shit.” He is particularly critical of the lead singer, Maja (Joanna Kulig, who also sang in Paris dives in Cold War), though it’s hard to hear any faults in her warm, persuasive voice. She is, however, emotionally fragile and still getting over her break-up with Elliot, which adds another dimension of complication.

The first episode ends with the setting well established, thanks to a constantly moving camera that nervously picks up details of the cool, cluttered sets as it roams the faces in the club and pinpoints the weak spots of each character. As the club’s business manager, Farid hides his worries but he’s in a tight spot with debts that Elliot doesn’t know about or want to know about. Farid’s own relationship with girlfriend Amira (Leila Bekhti) is tense over money issues, and the episode ends with a visit from the underworld and a major shock.

Chazelle continues exploring the unsavory side of Paris in high cinematic style in the second episode, which is devoted to Julie and her world. Stenberg creates a sophisticated New Yorker who keeps a guarded distance from her father, but is still curious about his life and attracted to the creative atmosphere around him. Her vulnerability emerges when she starts attending a crowded French high school, where she doesn’t understand the language and doesn’t make friends.

Cutting class, she hangs out with Sim (Adil Dehbi), a boy from the other side of town who serves drinks in the club and sells sandwiches to office workers. The exuberant scene of them running together down the streets of Paris pushing Sim’s overloaded cart doesn’t ring very true. Nor do Julie’s misadventures by night in the city’s unlit back streets. But they do quickly push her psychological issues to the fore, demanding that Elliot come out of his tail-biting and interact with her. It’s a story that pivots on Stenberg’s screen presence more than anything else, and the young actress holds her own through a wild, drunken night that again ends with a dire plot twist.

Glen Ballard and Randy Kerber’s lead song, The Eddy, is a catchy tune and smartly integrated into the story as it develops from a few notes in Elliot’s head through rehearsal after rehearsal, until its moving performance before a packed house. It’s a high point in the first two episodes and a fine initiation to the world of warm French jazz.