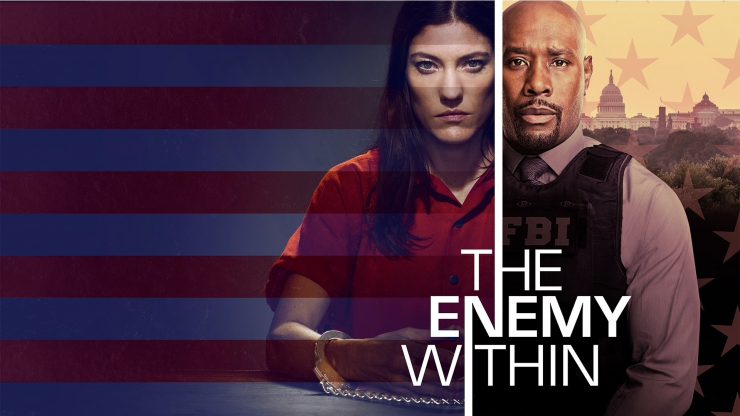 Review: The Brave alum Noah Mills is returning to NBC as a series regular opposite Jennifer Carpenter and Morris Chestnut in NBC’s The Enemy Within, from Gotham executive producer Ken Woodruff, NBC executive-turned-producer Vernon Sanders and Universal TV.

Written and executive produced by Woodruff and directed by Mark Pellington, The Enemy Within is a fast-paced thriller set in the world of counterintelligence. It centers on Erica Shepherd (Carpenter), a brilliant former CIA operative, now known as the most notorious traitor in American history and serving life in a Supermax prison. Against every fiber of his being but with nowhere else to turn, FBI Agent Will Keaton (Chestnut) enlists Shepherd to help track down a fiercely dangerous and elusive criminal she knows all too well. For Keaton, it’s not easy to trust the woman who cost him so much. While Shepherd and Keaton have different motivations for bringing the enemy to justice, they both know that to catch a spy: They must think like one.

Mills will play Special Agent Jason Bragg, a rising star in the FBI’s Counterintelligence Division. Cool and confident, talented and ambitious, Bragg is a natural in the high-stakes world of spy hunting. But the same brashness that’s led to his success will also threaten to put him in danger and compromise the team he considers his second family.

Mills most recently played Joseph McGuire in NBC’s The Brave. He also recurred on Two Broke Girls and appeared in feature Sex and the City 2. He’s repped by Gersh & Luber Roklin Entertainment.