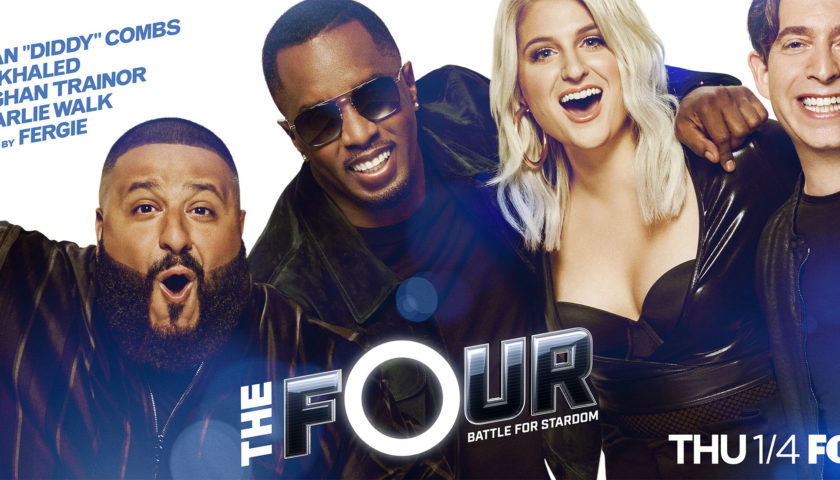 Review: With DJ Khaled, P Diddy, Meghan Trainor as Judges, and Fergie from The Black Eyed Pea’s as the host.. How could you go wrong? You also have record executive Charlie Walk (who?) who adds his own interesting, yet sometimes harsh perspective to the show.

The concept of the show is quite unique in the sense that contestants can take a spot on one of the four seats on the show by competing against the previous seat holder in a battle based on talent. To be eligible to compete against one of the four seat holders, a contestant must first showcase their own talent by performing for the judges who decide whether they are ready to challenge a seat holding contestant ie: one of “The Four”.

The competition gets fierce as contestants call out the prestigious seat holders who have fought for their seats and fought to keep their seats episode after episode.

What’s great about this show that other user reviews fail to realize is… The show is not about the judges like American Idol, X Factor, The Voice.. The show is about the talent.. and the judges just add to it because of their prestige in the industry as well as their over the top personalities.. such as DJ Khaled… A blast to watch!

This show has all the elements of a hit show and it’s no wonder Fox picked it up for a 2nd season!