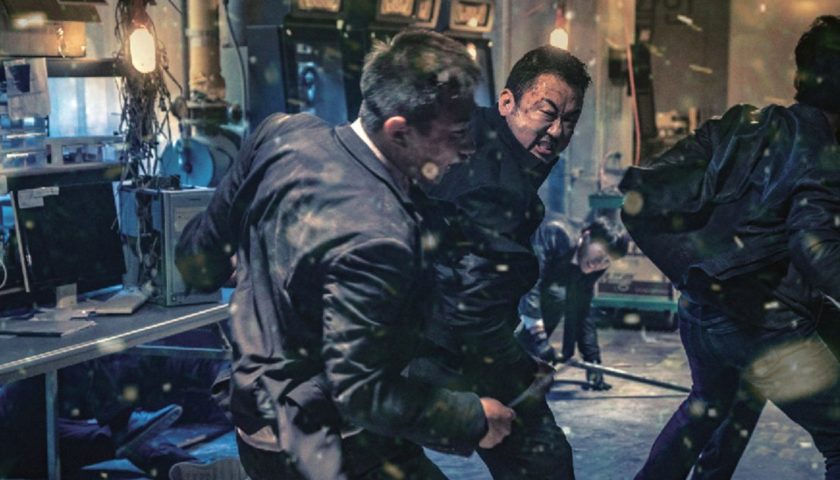 Review: A string of unsolved murders leads to uneasy teamwork between a cool mobster (played with pinstripe swagger by Korean American actor Don Lee, aka Ma Dong-seok, of Train to Busan) and a blustering junior detective in The Gangster, the Cop, the Devil. A wily mix of genres and spoof-edged amusements keep it playful and intermittently thrilling, even though this South Korean actioner sometimes feels like it’s losing its grip on a very good setup. So there’s room for improvement when Sylvester Stallone’s Balboa Productions remakes the film, with Lee set to reprise his role as the gangster.

The story is directed with stylish flair by Lee Won-tae, who learned his craft as a producer and story developer before directing his first feature about a Korean freedom fighter, Man of Will. His second film throws its weight entirely on the commercial side and its fighting scenes, generally hand-to-hand and foot-to-foot combat, have a free-for-all wildness aimed at the fun-loving midnight crowd. It made a nice change of pace in Cannes’ late-night out of competition section and has been presold around the world, with Well Go USA set to release in the U.S. and Canada.

The most colorful and satisfying character is heavy-set boss Jang Dong-su (a scarred, tattooed Lee), introduced flexing his muscles on a punching bag. He lands thunderous blow after blow until, at the end of his workout, his men open the bag and a bloody little fellow falls out. The human punching bag gets a laugh and a shudder at the same time.

Jang is tough and strong but also vaunts a cool, calculating intelligence. This is more than can be said for his nemesis, inspector Jung Tae-seok (Kim Moo-yeol), a whooping cowboy of a cop who brazenly abuses his badge to push his weight around. Far from playing him as a hero, Kim gives him a mad dog aura, making him scheming and ambitious and willing to stop at nothing to get what he wants. As the publicity says, this is a film pitting evil against evil against evil, so expect no noble sentiments from the cop quarter. But the pompous young detective needs more development, or possibly more humor or experience, to work as an anti-hero and balance the trio of baddies.

The third principal remains necessarily in the shadow. This is the insane murderer played by Kim Seong-gyu, a creepy guy in a hoodie with hair falling over his unblinking eyes and a joker smile. His MO is to rear-end the car in front of him on a lonely road and, when the irate owner gets out, bludgeon him to death. He has the police befuddled until he makes the colossal mistake of attacking boss Jang, who has decided to drive his own car that night. It’s a pretty even matchup to the moment when the killer rams the gangster with his car and leaves him for dead on the road.

Of course the big boss survives, but his pride is sorely wounded at being bested by a nobody and even his business suffers. “For a gangster, reputation is everything,” he growls in one of the film’s many good lines. Adding to his embarrassment, while he was unconscious in the hospital, his gang mistakenly took revenge on a rival gang in a nasty free-for-all and there is plenty of work to do burying the dead with a bulldozer.

Meanwhile detective Tae-seok has been running amok in his own way, being insubordinate at work and ignoring orders to turn the serial killer case over to national investigators. He and Jang cut a secret deal to pool their resources and track him down, though Jang intends to kill him and Tae-seok to drag him in for a big promotion.

In the second part of the film, the action comes fast and heavy, played against a fist-pounding, throbbing soundtrack composed by Jo Yeong-wook (The Handmaiden, Oldboy). A chase scene with three cars racing abreast through the night streets of the city is a delight to watch. Rhyming with the punching bag scene is another moment that earns a howl of laughter, when Jang furiously pushes a door down on top of his quarry and, without bothering to remove it, starts hammering his fist through the wood. It is performed with perfect timing and aplomb by Don Lee, for whom this film (and its remake) should be career highlights.

Well-tuned to the film’s humorous side, cinematography by Par Se-seung proceeds from gorgeous night shots of Cheonan, the city where the story is set, to garishly lit kitschy interiors that ironically cite crime film tradition.