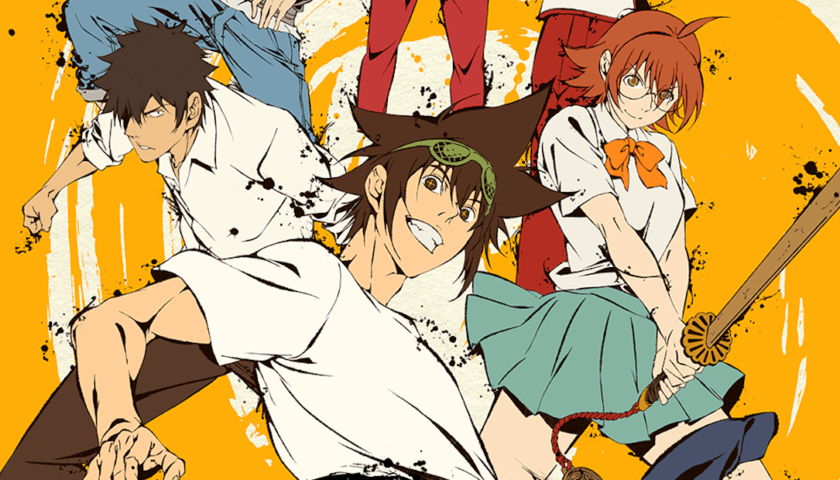 The God of High School is named after the in-universe tournament of the same name – a martial arts tournament where the winner’s wish is granted, and participants can borrow power from the gods themselves. Although, this debut is explicitly light on lore, mechanics, and the like. All that will presumably be explained later. For now, The God of High School takes time to introduce its characters, their chemistry, and some of sweet, sweet action.

Created by Yongje Park, the series debuted in South Korea on Webtoon back in 2011, and was translated to English beginning in 2014. The series is still ongoing and now includes nearly 500 chapters, and was even made into a mobile game. Now, thanks to Crunchyroll, Webtoon, and Studio MAPPA, it finds itself as one of the first in a new wave of Korean anime.

With titles like Yuri on Ice, Dororo, Sarazanmai and Banana Fish under its belt, MAPPA is well-established as a top-notch animation house, and that work continues here. MAPPA steadily ramps up the energy with electric visuals, sugary melodrama and a hyperbolic urge to do good found exclusively in plucky anime protagonists. It’s the type of show that condenses its minutes into seconds with snappy pacing and a constant feed of dopamine.

The God of High School does all this at a sprint, nodding towards well-established character archetypes that, somehow, feel just as fresh and exciting as they ever have. Once the show gets on rails and happenstance cleverly smashes its protagonists together, they form a quick, convincing bond. Although the moments of interaction are comparably sparse in the overall spectacle, those well-trafficked personalities help to communicate enough of a baseline to propel audiences through this episode, and into anticipation for the next.

That said, the character and spectacle carry so much weight that whatever mystery is lurking in the shadows will have to work overtime. The episode’s first scene, and the resulting subplot, lacks a lot of what makes the rest of the show so indulgent. There are hints at it later, which are much better with context of the main characters, but on rewatch it still seems a bit out of place tonally. It takes itself more seriously than the rest of the episode, which sets an awkward precedent. Hopefully, now that the foundation is laid, future episodes will coalesce better.

This first of episode is a bucket of popcorn that you’ll only realize is gone when your hand hits cardboard. Its climax pulls a classic trick, wrapping on its highest of highs, and it totally works. Sitting there, listening to the floaty techno end track, all I wanted to do was for the next episode to queue. Unfortunately, we’ve gotta wait a week, but if the remainder of The God of High School lives up to its debut, I’m more than happy to.