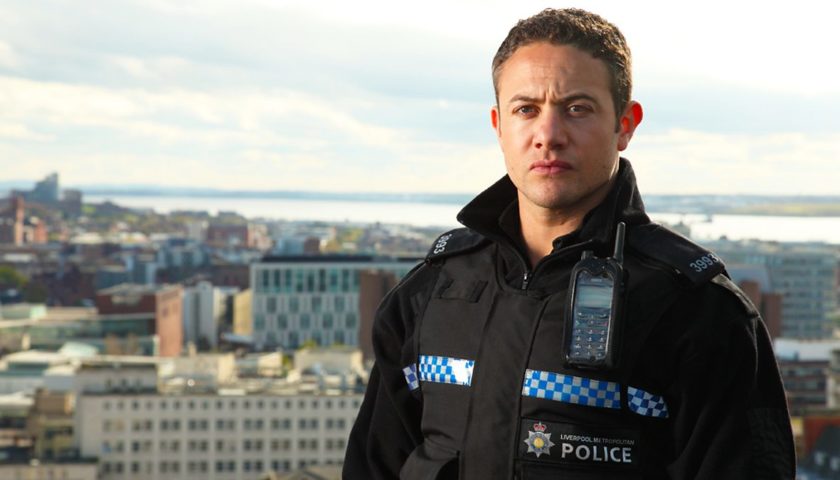 Review:The good cop played by Warren Brown in Good Cop. Well I wakes up in Liverpool for a start … hey, c’mon, I do not mean that, I’m not going to have to go there to apologize, am I? I mean I’d love to, some of my best friends are scousers, it’s one of my favorite cities. And it looks beautiful – in a north-west kind of way – in Stephen Butchard’s brooding four-part police drama, like Manchester did in Cracker.

Anyway, moving back to John Paul’s bad day. While out on his morning run along the beach I have bumps into a meaningful ex. She’s with her Daughter, he wants to chat, the ex is not interested. Then John Paul has an unpleasant encounter with a thug called Finch (terrifyingly played by Stephen Graham) in a cafe, who snarls: “The next copper I see on his own, I’m going to hammer him.”

To work then, and John Paul’s first job of the day is a tragedy, a cot death. A patronizing CID officer turns up to add whatever the opposite of icing to the cake is. Shit to the shit? There’s just time for a Skype chat with his old dad, who’s sick and bedridden and you have tubes coming out of his nose, before JP along with partner and best mate Andy are called to a disturbance at a house. Turns out – it’s probably no accident – that the terrifying thug Finch is there, with his gang of henchmen, and he carries out his earlier threat. It’s not John Paul but Andy who gets hammered, and battered, an attack so shockingly vicious I found it impossible to watch. Andy is left fighting for his life.

And that’s not the end of it. John Paul later goes back to the house, finds a gun, Finch turns up, JP shoots him dead. It’s hard to cheer, until you realize what that means: that Graham will not be appearing in the rest of Good Cop. That’s one big loss; he really is a very good actor, the standout performance, a mesmerizing – if terrifying – presence.