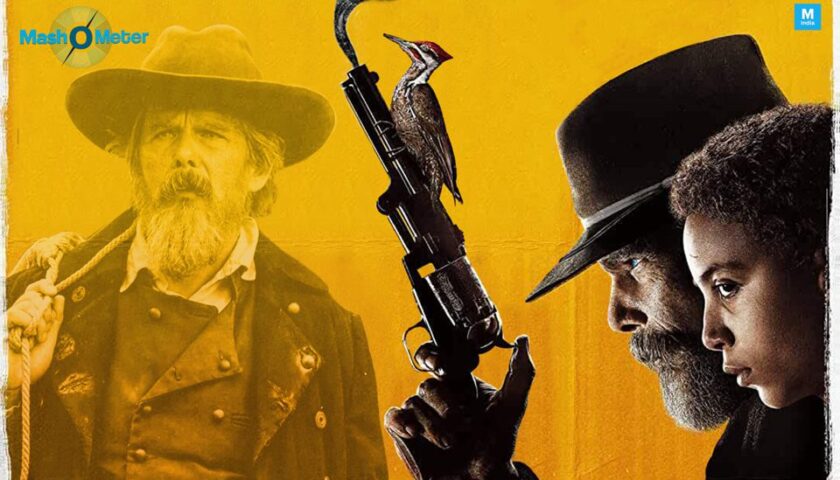 Even though we’ve followed Ethan Hawke’s multi-decade journey from baby-faced pretty boy of Explorers and Dead Poets Society to more seasoned Oscar-nominated leading man, there’s something both surprising and poignant about how frequently his character in Showtime’s limited series The Good Lord Bird is referred to as “the old man.”

Nearing his 50th birthday, Hawke is, in fact, a decade younger than the man he’s playing in this limited series: abolitionist John Brown, whose ill-fated 1859 raid on the armory at Harpers Ferry helped push the country to the brink of the Civil War. But the actor has long used his own aging as a key piece of his artistic arsenal. From the Before trilogy to Boyhood, perhaps no thespian of his generation has so implicitly acknowledged and accentuated the passing of time in his work, and even if each Ethan Hawke gig isn’t necessarily “better” than the one that came before it, they’re cumulative; none of his performances could have been given at any other point in his career.

Hawke’s John Brown is a crescendoing turn, a scenery-devouring blend of crazy-eyed, spittle-flying excess spiked with silent, poignant grace notes of sincerity — the sort of work that requires an actor’s confidence and comfort inhabiting both extremes. This John Brown is a man full of sound and fury, but despite a long-winded bluster mocked by all around him — to think the show is unaware of Brown’s frequent ridiculousness would be wrong — his mission signifies much.

It’s an interpretation of the militant abolitionist taken straight from James McBride’s acclaimed novel, which Hawke and Mark Richard have adapted with all of its tonal and pacing peculiarities intact, mostly for the best. Based only on reactions to the trailer, my sense is that people unfamiliar with the book aren’t going to be sure if laughter is intended, given the subject matter. But it surely is; this is a rollicking show.

Brown is the driving force in The Good Lord Bird. That said, he isn’t really the hero. That honor goes to Henry (Joshua Caleb Johnson), a boy Brown plucks from slavery in pre-War Kansas. Brown is sure that he’s rescued Henry, whom he immediately confuses for a girl and nicknames “Onion.” But Henry is less enthusiastic about his new predicament, what with the death-defying nature of Brown’s mission to launch a slave liberation movement with the help of other abolitionists and armed slaves.

The seven-episode run of The Good Lord Bird follows McBride’s structure closely, with Onion repeatedly fleeing from the man he describes as “nuttier than a squirrel turd” — he spends an episode falling in love with a prostitute (Natasha Marc’s vivacious Pie) while avoiding sex work himself — before returning to Brown and his fiery quest. Along the way, he finds himself interacting with the likes of Frederick Douglass (Daveed Diggs) and Harriet Tubman (Zainab Jah). Some of the series’ urgency wanes whenever Hawke is absent, but that’s a product of Onion’s generally passive, bemused personality, conveyed through Johnson’s reactive air and perplexed voiceover. And if you don’t quite get why anybody takes him for a girl: It’s a commentary on the distorting, dehumanizing effect of slavery on white perception — not a flaw of casting.

Diggs, whose Douglass is half prophet and half sleazy buffoon (maybe a hair more the former), has the other character pitched at roughly Hawke’s volume, making the most of limited screen time to land several big laughs and the only monologues that can compete with Hawke’s. (His Blindspotting co-star Rafael Casal, playing an occasional member of Brown’s band, isn’t nearly as well-served.) The supporting cast is positively littered with recognizable guest stars — from David Morse to Keith David — whom you might expect to have more notable parts, but instead pop up for a scene and vanish.

Many of the supporting characters in Brown’s sphere also seem to be there more as reminders of Hawke’s venerability than as fully realized characters — for example, his Boyhood co-star Ellar Coltrane as one of Brown’s interchangeable sons and Hawke’s real-life daughter Maya (Stranger Things), exhibiting the winsome unforced charm that’s quickly becoming her calling card, as one of his daughters. Even when Hawke isn’t around, casting still winks at his resumé with his Reality Bites chum Steve Zahn popping up for a single episode as another traveler whose influence on Onion is less benign.

Though John Brown’s mission and destiny are bloody and dramatic, McBride is more interested in his hubris and exaggerated sense of rectitude than his heroism. As the opening titles put it, “All of this is true. Most of it happened.” Even the vaunted Harpers Ferry raid, which takes up much of the final two episodes, isn’t treated with epic reverence, instead concentrating on self-inflicted errors of judgment. In lieu of action theatrics, the directing team (led by Albert Hughes) and series cinematographer Peter Deming employ a frequently stunning widescreen Western scope, an interesting aesthetic contrast to our tentative protagonist.

Much of the joy of The Good Lord Bird — the title refers to the ivory-billed woodpecker, whose feathers Brown believes bring good luck — comes from watching everybody’s wheels spinning, on-screen and behind-the-scenes, trying to figure out how to approach John Brown’s place in this tragicomic history. Brown is the stuff of tall tales, Paul Bunyan wielding Bible quotes instead of an axe.

Executive producer McBride, Hawke and Richard don’t want to fall into white savior tropes, and as big as Hawke’s performance is, the grandiosity is there primarily to be punctured; Brown’s very real affection for Onion is captured by Hawke more in beats of quiet regard than paternalistic puffery. Seven hours of The Good Lord Bird left me both clear-eyed about John Brown as a historical figure and curious to learn more. Above all, it left me with zero doubts about Hawke’s ever-evolving talent.