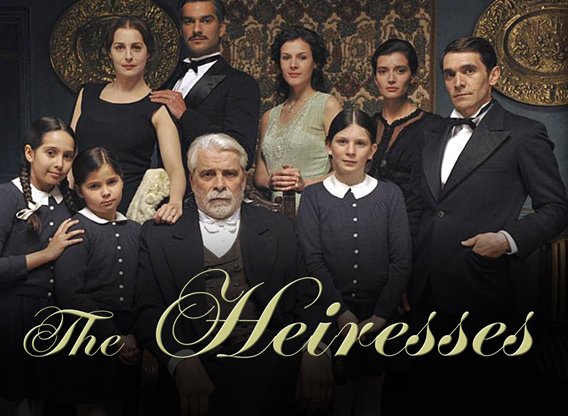 ABC is developing “The Heiresses,” a series from King with Mitchell attached to star, Variety has learned. The project has been given a put pilot commitment.

The series is described as a family soap with a mystery twist, set in the diamond world. The Saybrooks are a household name — they’ve been blessed with great fortune, but cursed with epic loss. The events surrounding a deadly accident a year ago drove a wedge between the once-inseparable diamond empire heiresses, but when an unspeakable tragedy brings the cousins back together, they create a truly unbreakable bond. They set to solve the mystery of who wants the Saybrook family dead before one of them is the next target.

“The Heiresses” is a one-hour drama based on the best-selling book of the same name from author Sara Shepard, who also wrote “Pretty Little Liars.” King will pen the TV adaptation and serve as executive producer  with Leslie Morgenstein and Gina Girolamo. The ABC project hails from Alloy Entertainment, Long Lake Media and Warner Bros. Television where both King and Mitchell are under overall deals.

“The Heiresses” continues King’s relationship with Disney/ABC, though should the project get the greenlight, it would mark King’s first-ever broadcast series. Aside from the “Pretty Little Liars” spinoff in the works, King is also behind Freeform’s Bella Thorne series “Famous In Love,” which has been renewed for a second season. King is repped by WME.

Mitchell, who recently signed a producing pod deal with Warner Bros. TV, will star in Warner Horizon’s upcoming Lifetime’s upcoming series “You” with Penn Badgley and Elizabeth Lail. She will also star in the horror movie “Cadaver.” She is repped by APA and David Dean Management.