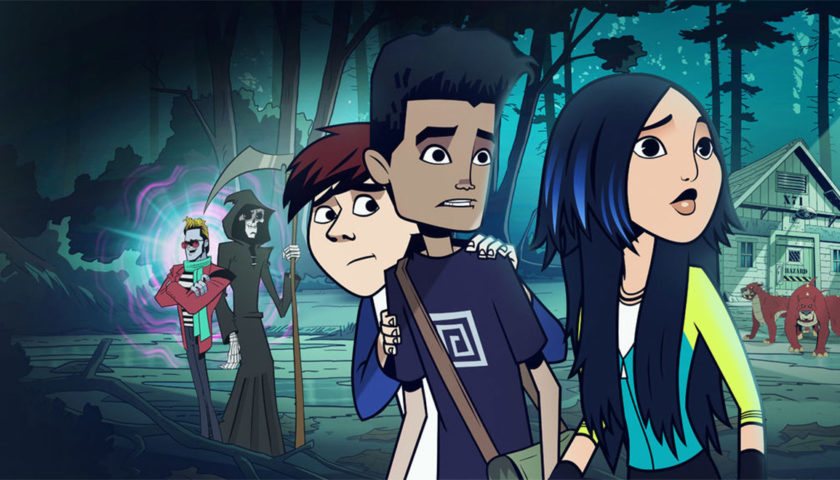 Review: Seriously, this is the first horror animation review I have ever written about anything but this show compelled me. The art style isn’t my favorite but it is really well done and I totally understand why it was used and that nothing else could have fit it better. The characters and challenges are absolutely brilliant and I love the mystery aspect. I honestly can not speak highly enough about this show, so much so it is hard to put into words. But the ending the worst thing my eyes have ever witnessed in my entire life. Don’t get me wrong, if you think you might enjoy it trust me you will but please for the love of God, skip the last few minutes. There were so many things they could have done too set it up for another season, which I think me and nearly everyone who watched it would have hoped for. The thing that I seriously can’t believe is how many people must have had to sign off and say that the ending was good and should make it into the final cut. I am so infuriated right now after just having watched it all at once, I literally couldn’t stop watching, but it is taking all of my willpower to not swear in this review. The only thing I can pray for is that somehow that was a spoof ending that accidently got uploaded and Netflix will release an apology and promptly fix it.

The story is extremely captivating, full of mystery and questions that keep you guessing from the very start. It could have very easily added on a few more episodes but I feel like they cut it a little short. Some of the character’s personalities aren’t really as fleshed out as they could be, and the humor is a little tacky. I think it could be for anyone who likes cartoons; I’ve seen other reviews say it’s not for little kids but I think it’s absolutely fine for little kids, they just might get bored at the slow, mysterious plot. I feel like the mystery, art style and soundtrack fills it with Gravity Falls vibes, and I was constantly intrigued by the character’s questions. Yea just don’t watch the ending. I was worried they’d do the thing where they cut it off and leave the answers to your imagination rather than actually reveal anything, but that’d actually be better than what they did instead. Definitely seemed like the kind of show that could easily stretch several seasons but it screwed itself over in the last few minutes.

Nice animation and modern references visually. The plot/mystery quickly get old with the sloppy writing for the characters. “We’re lost! Oh yeah, you’re right, we’re lost!”. Lots of repetitions and passing through useless hoops to advance an ordinary plot. The initial situation was interesting but it quickly fall flat.