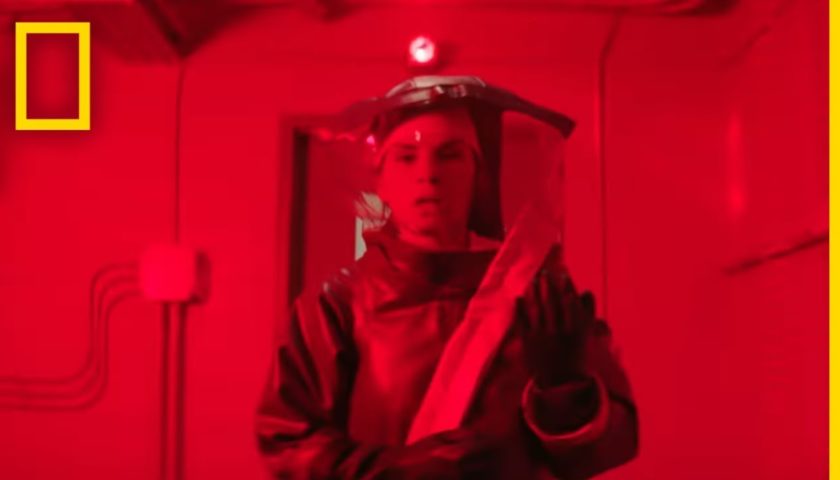 Review: National Geographic is set to take audiences into the deadliest place on Earth in the first trailer for the upcoming limited series The Hot Zone. The series is the latest drama from the network, as it continues to expand into the world of scripted television, this time adapting the bestselling book of the same name to explore the beginnings of the Ebola virus and the nearly catastrophic outbreak that began in a research laboratory in the United States in the late ‘80s.

The story has been in and out of production since the book’s publication in 1994, with Ridley Scott attached at one point. For various reasons the project never came to fruition, and now, more than 20 years after the book’s release, it’s finally headed to television, with Emmy-winner Julianna Margulies in the lead role. The series also stars Topher Grace (BlacKkKlansman), Noah Emmerich (The Americans), Liam Cunningham (Game of Thrones), and James D’Arcy (Agent Carter).

National Geographic has released the first trailer for the series in conjunction with the network’s panel at the 2019 TCA winter press tour, and from this initial look, it would seem the Nat Geo has a compelling real-life thriller on its hands. Take a look at the first trailer for The Hot Zone below:

“THE HOT ZONE, starring Golden Globe and Emmy award winner Julianna Margulies as Dr. Nancy Jaax, is based on the eponymous international best-seller by Richard Preston. It is inspired by a true story about the origins of Ebola, a highly infectious and deadly virus from the central African rainforest and its arrival on US soil in 1989. When this killer suddenly appeared in monkeys in a scientific research lab in the suburbs of Washington, D.C., there was no known cure. A heroic U.S. Army scientist (Dr. Nancy Jaax) working with a secret military specialized team put her life on the line to head off the outbreak before it spread to the human population. THE HOT ZONE is a dramatic, high-stakes scientific thriller with a courageous, brilliant and determined heroine at its center. The limited series is produced by Fox 21 Television Studios, Lynda Obst Productions, Scott Free Productions, Kelly Soulders, Brian Peterson and Jeff Vintar.”

There are hints of everything from Outbreak to Steven Soderbergh’s Contagion in the trailer, but The Hot Zone also appears ready to distinguish itself from those and other viral outbreak films by delving into the history of the virus in question. As Ebola continues to be a threat today, the series feels weightier and more of the moment than if it were a fictional disease. And, as the trailer establishes, this story aims to explore (and likely fictionalize) how the Ebola virus was first discovered, primarily through the experiences of Cunningham and D’Arcy’s characters. At any rate, it looks as though The Hot Zone will make for a thrilling and terrifying watch this Memorial Day.