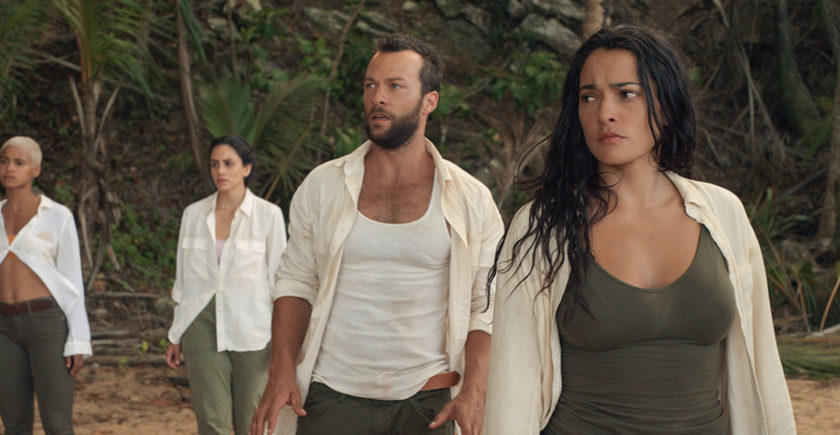 The ABC drama Lost flirted with horror imagery several times during its network television run, and now Netflix is here to take that concept a step further. The streaming service has just released a trailer for a new limited series event called The I-Land, which features ten people who are tested by the physical and psychological challenges of the mysterious island on which they find themselves.

And though the trailer begins like a slickly-edited travel video, it ends with a particularly gruesome shot of someone who’s just lost some digits – and that’s not a euphemism for misplacing a phone number. Check it out below.

First off, I can’t let this go any longer without stopping to comment that The I-Land is an objectively awful title for a show. Even if there’s some sort of double meaning to it that becomes evident over the course of the series – example: a character realizes that the whole thing is actually in their mind, making it “their land,” or an “I-land” – it’s just a dumb, goofy title that doesn’t seem to match the vibe of this trailer.

Netflix refers to this as an “immersive, mind-bending sci-fi event,” and I’m hoping it can live up to that description, because from what we see in this trailer, it looks like a pretty standard sci-fi thriller so far. The visual of employees secretly observing characters in a horror story on massive screens in a hidden bunker was executed to perfection in The Cabin in the Woods, so fingers crossed there’s something deeper going on here that we don’t see coming.

Netflix has released the official trailer for its upcoming sci-fi thriller series, called The I-Land. The limited series event is set to release on the streaming provider on Thursday, September 12, 2019.

“When ten people wake up on a treacherous island with no memory of who they are or how they got there, they set off on a trek to try to get back home. They soon discover this world is not as it seems. Faced with the I-Land’s extreme psychological and physical challenges, they must rise to their better selves — or die as their worst ones,” according to a synopsis from Netflix. The I-Land features the acting talents of Kate Bosworth (Superman Returns), Alex Pettyfer (I Am Number Four), Natalie Martinez (End of Watch) and Ronald Peet (Blindspot).