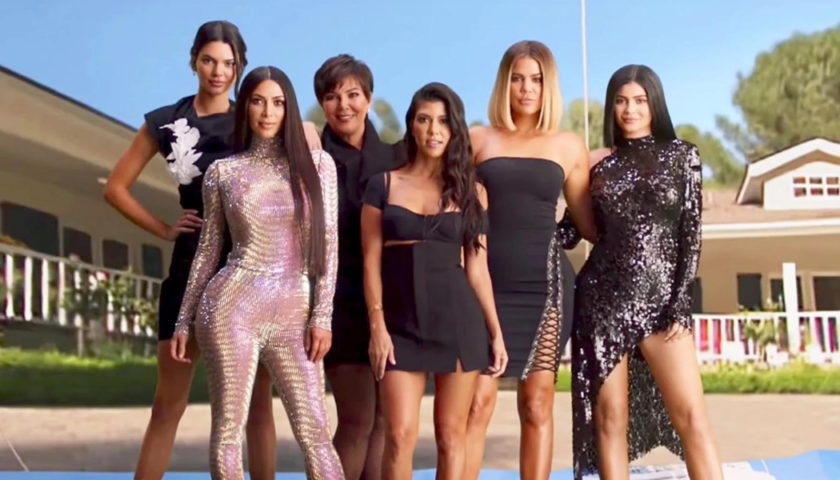 In the second episode of “The Kardashians,” Hulu’s new reality show featuring the widely-documented Calabasas, Calif. family, there is a moment of reflection. Kim Kardashian is backstage at “Saturday Night Live,” preparing for her October 2021 hosting gig, when her makeup artist wells up with tears, recalling just how vertiginous his client’s climb has been. “I remember 12 or 13 years ago, when you were going on your first talk show… I just got that vision.”

The trouble with having mastered reinvention is that visions of your past selves have a way of popping up. “The Kardashians” is putatively looking to the future — its subjects are on a new platform, having swapped in Hulu for E!, and are sumptuously shot by a production that seems to spare no expense. (The series-opening fake continuous shot, zooming between family members’ homes, is as close as Kris Jenner is likely to get in this lifetime to a “Birdman” homage.) But it’s obsessed, in a way that holds this series back from whatever it might be, with the past. As a series about the contemporary lives of Kim Kardashian and family, this is about as well-made and incisive as one could expect; take that however it means to you. But as an argument for the continued dominance of the Kardashians in our culture, it finds itself with little novel to say.

Like all of us, Kim Kardashian lives a life divided between professional and personal pursuits. Unlike all of us, those pursuits are outsized and dialed-up, with her ambitions in the professional sphere seeming to be nothing less than a total domination of the American attention span — with her recent headline-generating divorce from Kanye West and coupling with Pete Davidson proving that she’s pretty much finished the job. The Kim of “The Kardashians,” though, is more muted than we’ve seen her; it may not help the series that the first two episodes depict her preparing to host “Saturday Night Live,” a role that seems to have made her actually nervous, rather than simply performing uncertainty. The coincidence of a threatened re-emergence of her mid-2000s sex tape is further destabilizing, casting a shadow over what might otherwise be a moment of triumph.

If Kim finds it hard to believe that a moment of humiliation is lurching back into her life, she’s not alone. Her discovery of the news is presented spontaneously — seeing her own face crop up on an ad as a next-generation Kardashian plays on an iPad — and comes with a sinking feeling for subject and viewer alike. The Kardashian family journey from prurient notoriety to in-control role models has long since happened. The family’s legal team putting out small fires of this short is something that surely happens in the Kardashians’ offscreen life, but staging it as an on-camera battle, one in which Kim vows to “burn them all to the fucking ground,” feels like a rerun, an attempt to claim territory she already occupies. As Kim well knows, she has won the fight for respectability.

But that’s the conflict she’s willing to show. West, now Kardashian’s ex-husband, is a non-presence here; both Kourtney and Khloe, Kim’s closest-in-age sisters, live in versions of peace, the former in an exaggeratedly sweet coupling with rock performer Travis Barker, the latter in co-parenting equilibrium with athlete Tristan Thompson. Tellingly, the greatest conflict Khloe faces in the season’s early going is an attack of nerves around her appearance as a guest on James Corden’s talk show — providing her mother, Kris Jenner, an opportunity to recount past triumphs. “Do you remember in the beginning, years and years and years ago, we started filming ‘Keeping Up With the Kardashians,’ right?,” she says. “All the wonderful things people said, and what an inspiration we were, and how they looked up to you girls.”

Jenner is building toward one point — that one critic among the legions of fans has an outsized impact on her daughter’s psyche — while making another, too. Television has always been the primary engine of the family’s enterprises: Endeavors in the garment and beauty industries and gestures at activism have always been fueled by the show that is their lives. “Keeping Up With the Kardashians,” which launched on E! In 2007, began its life as a canny sort of family sitcom, presenting Kim as a sweet-natured answer to her tabloid-destroyed peers. As Kim and her sisters’ fame grew beyond the series, the show came to be the venue in which they addressed their scandals in something close to real time; as news about the family broke, one knew that “Keeping Up” would depict a version of the family’s response in a few months.

What is there to respond to when you’re on top? Throughout the first two episodes of “The Kardashians,” there’s a detectable note of panic — sifting through unrelentingly public lives to find the element that will be sharable without embarrassing, personal without being too much. The answer seems to be recounting the journey of the family’s own reputation, staging a heroine’s journey of the past decade-and-a-half of American culture so as to avoid breaking into something too real.

The series received its most accurate promotion in the form of an interview conducted by my Variety colleague Elizabeth Wagmeister, in which Kim addressed “women in business,” telling that segment of the audience, “Get your fucking ass up and work. It seems like nobody wants to work these days.” The statement was widely pilloried as tone-deaf, and it’s hard to disagree with this assessment — but it seems, too, like a rare misreading of the dynamic between star and fan by a reality performer who’s getting rusty as she runs out of things she’s willing to share. It was, if anything, a rare moment of true intimacy: Kim addressed her public in the same blunt and self-aggrandizing manner she approaches the family members with whom she shares a business. It was what frankness now looks like for a reality star who may just be realizing she’s outgrown her genre.